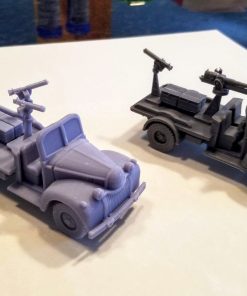 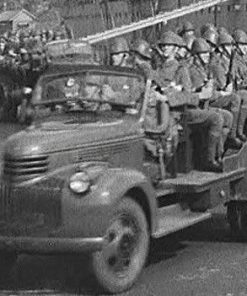 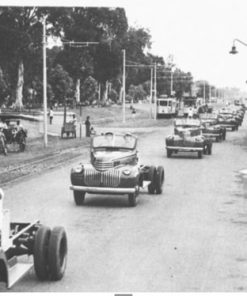 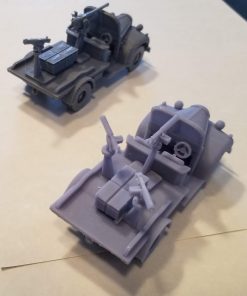 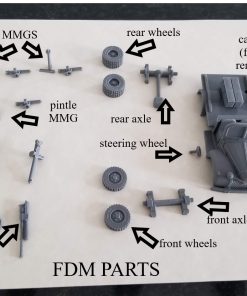 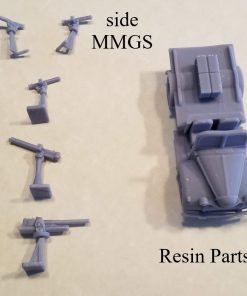 Bolt Action wargaming offers a wide-ranging menu of options, but often newer players start with the well trodden ground of late war, European army lists. Once a player covers that turf, some start to venture out into the lesser-known armies and theatres.

One such rarity I was directed to recently is the Dutch K.N.I.L., which was the military force defending the expansive Dutch East Indies. Although this was a colonial army controlled by the Netherlands, it took an independent course in preparing for the threatening war. It made significant efforts to add motorized and mechanized units and had the war in the Pacific not started in December 1941, it would have been able to but up an even more vibrant defence against the Japanese.

One option of the KNIL player in Bolt Action which had completely escaped me until I was directed me to the fine print is the “KNIL Light Utility Truck” listing under the KNIL Transport section. Too often in minor power army lists, the motorized transports are left at the generic “truck”, often without even a pintle MG option. Not so for this four wheeled war wagon. This KNIL vehicle can be armed with

These are NOT “either / or” weapon choices. You can have four different weapons, firing at four different targets, all in a truck costing < 100 points.

The Warlord “France and the Minor Allied Powers” suggests an example of this vehicle being the Marmon-Herrington ½ truck; I could not work with that – having designed an .stl for the larger American M6 tank destroyer which used the WC 52 ¾ ton chassis, I do not believe in any credible way a ½ ton truck could handle that payload. I found numerous photos online of Fargo 1 ½ ton trucks in KNIL use, and these had a flat bed on the rear and open cabs. They were right hand drive (which was the standard in the East Indies at the time). I worked from that when designing this .stl set.

The stl pack includes a folder of files specifically for FDM as well as one specifically for resin printing. The resin files include hollowed and pre-supported files is you chose to use them.

All four weapon options are included, namely the Dutch Bohler 47mm ATG, a pintle MMG, a pintle HMG, and the sideward facing MMGs. The centre of the truck bed has a seat/ammo box with a recess on the base; all the weapons can be fit under the base for easy switch out depending on the choice made in the game.

The FDM pack has a substantial number of parts;

Plus the weapon pack

The printing should be done with supports everywhere, on 0.1 MM layers. Remove supports carefully and always test fit before gluing.

The resin pack has fewer parts but still has the full weapon options.

These files come as themselves plus pre-supported and the truck itself was hollowed with 2.5mm walls. Just because these supports worked for my settings and resin doesn’t necessarily mean it will yield the same results for you.