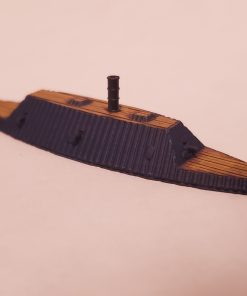 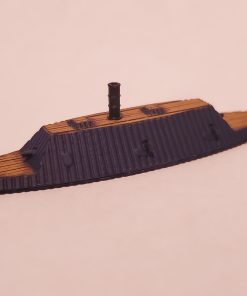 CSS North Carolina was, you guessed it, a useless Confederate ironclad. She was built to defend the Cape Fear River however, by the time she was ready for service she was found to be structurally unsound. She had been built out of green wood, and as a result of this, shipworm (tiny wood eating clams that resemble worms) had begun to eat away at her hull and she was only used as a guard ship. She soon developed some very bad leaks and sank at her moorings.

CSS North Carolina with base

Be the first to review “CSS North Carolina” Cancel reply