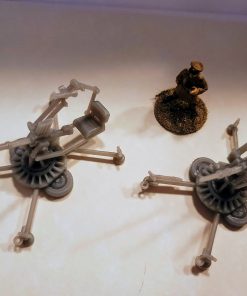 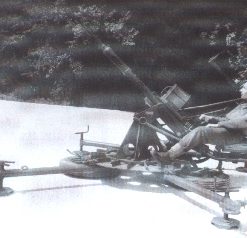 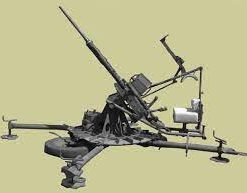 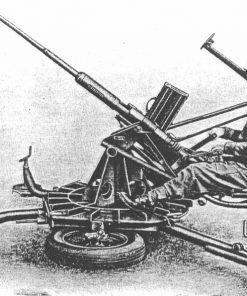 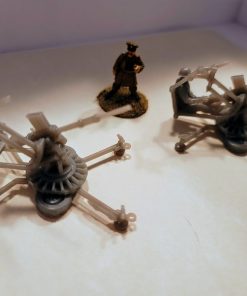 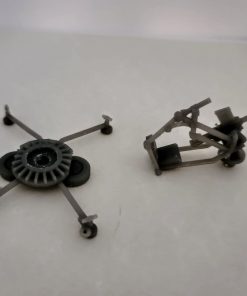 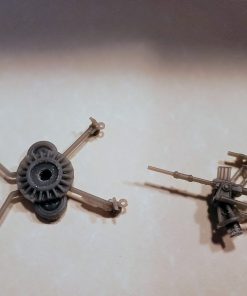 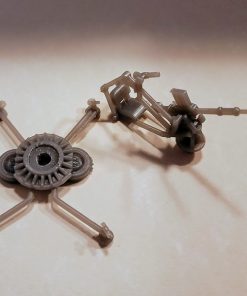 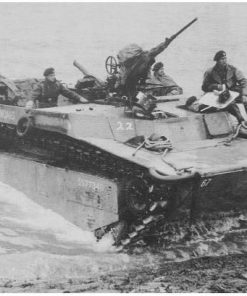 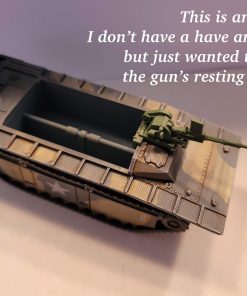 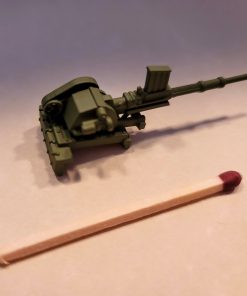 ** updated – Sept. 2021- In response to a request, I added new .stls for a Polsten gun on the improvised mount used by Commonwealth armies on LVT 4s. These were employed by British and Canadian forces in the NW European theatre. The print simply rests on the front top plate of the LVT model. You may wish to reduce the print size in accordance with the size of your LVT model, as they do vary among manufacturers**

The requirement for an easily portable, light AA gun, with more “punch” than mere rifle caliber machine guns, was made apparent to the British and other armies in the early war period. The British did have a license to build the Swiss Oerlikon 20mm, but the Oerlikon was a complex design and was costly in time, resources, and currency to build.

Displaced Polish designers who fled to the UK were able to adapt their designs and these evolved into the Polsten 20mm autocannon. A much simpler design, the Polsten used the same ammunition and drum magazine of the Oerlikon, as well as a simpler 30 round box magazine (represented on this model).

The Polsten was used extensively by Commonwealth forces, in field mounts of a single gun up to quad mounts, as well in vehicles, including trucks, the Centaur AA tank, the innovative Canadian Skink AA tank and on early models of the Centurion tank.

This .stl pack represents the single Polsten gun on the most common mount, the “airborne” carriage, which had an “X” carriage, and a central pedestal mount.

You can easily merge this figure, reduced to 95%, into the gunner’s seat using the “merge” function of 3d Build or a similar program. Alternatively, a lot of other seated figures are easily adaptable for that role.

This .stl pack is intended for resin printing.

The .stl pack is now available at

These files are intended for resin printing only.

The file pack includes three files – the carriage and the gun, plus a second gun for the LVT 4 mount, plus a folder with the same three files pre-supported.

PLEASE BE VERY CAREFUL REMOVING THE SUPPORTS! This gun has a gun sight mount that required care to not damage in removing the supports. Do so with good lighting.