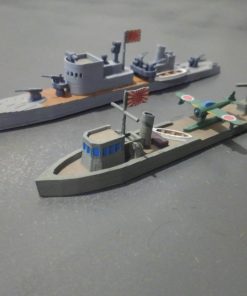 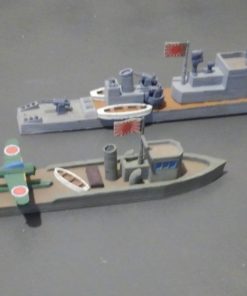 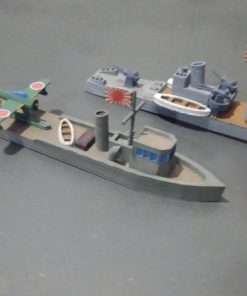 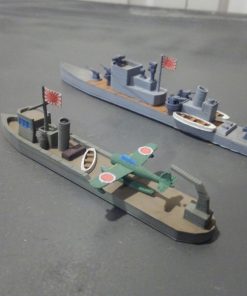 The IJN Aircraft Recovery Boat fleet consisted of both purpose built vessels and converted civilian vessels. They were used to rescue downed pilots and recover equipment. They were also used to ferry floatplanes between capital ships and repair facilities located on shore.

The A6M2-N floatplane was developed from the Mitsubishi A6M Type 0, mainly to support amphibious operations and defend remote bases. It was based on the A6M-2 Model 11 fuselage, with a modified tail and added floats.

The aircraft was deployed in 1942, referred to as the “Suisen 2” (“Hydro fighter type 2”), and was only utilized in defensive actions in the Aleutians and Solomon Islands operations. Such seaplanes were effective in harassing American PT boats at night. They could also drop flares to illuminate the PTs which were vulnerable to destroyer gunfire, and depended on cover of darkness.