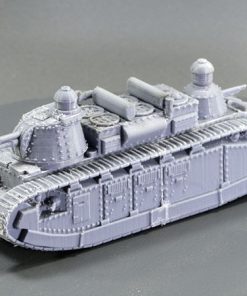 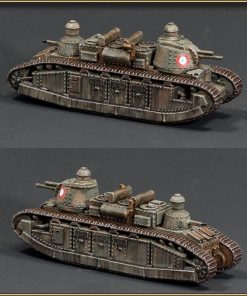 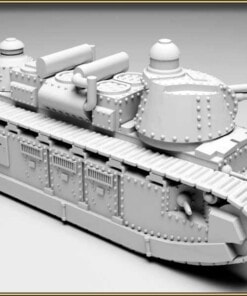 This monster tank’s development was determined far more by French politics than by any considerations of its value on the battlefield. It was, when it went into production, the largest and heaviest tank in the world, and on paper at least, the most powerful.

About a dozen of them were made, and though they were sent into action against the Germans in 1940, none of them actually made it. Some were destroyed on their rail cars by a bombing raid, others were abandoned.

This is a multi-part model. There are separate STLs in the ZIP file for each of the track sponsons, the hull front and back, and the two turrets.

Update 2023-01-17: I’ve now included another version of the secondary (rear) turret with the short ventilator stack. Either can be used, as no two of the Char 2C were built exactly the same.

Be the first to review “Char 2C” Cancel reply