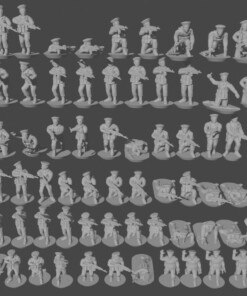 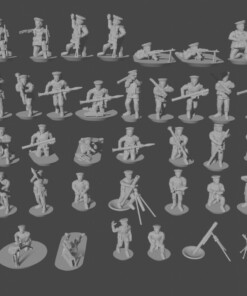 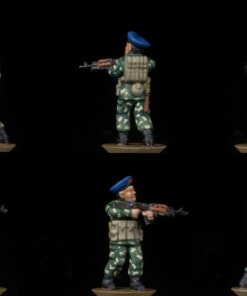 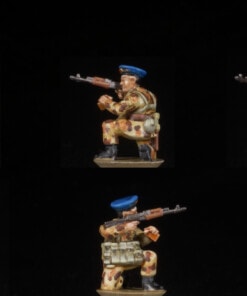 This is a bit of an “Early Access” kit ahead of my next Battleground 1983 Kickstarter (slated for release in January/February 2023). I brought it forward as a standalone set due to the imminence of Team Yankee’s Red Dawn Expansion.

If you’re only after the models, though, then you do yourself no harm by buying these STLs now; they won’t be sold any cheaper through the Kickstarter (the “perks” of buying them there will just be the option of getting the Blender files/contributing toward stretch goals).

What’s in the box here?

Well you have two sets of infantry, one scaled for 10mm (with thicker gun barrels) and the other for 15mm.

They are equipped with a mixture of Poyas-A chest rigs, 6B4 armoured vests and “generic” Soviet infantry webbing (as seen on my other Warsaw Pact sets).

There are 44 poses armed with AKS-74s, some of which have the option of being printed with underslung GP-25 grenade launchers.

9 poses are armed with RPG-7Ds (the airborne variant).

7 are armed with Strela-2 MANPADs.

There are single poses with an AGS-17 and AT-4 respectively.