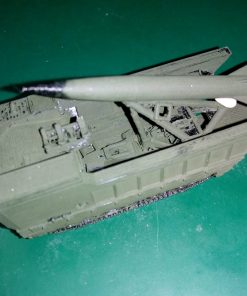 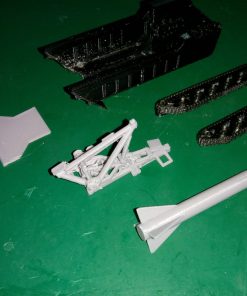 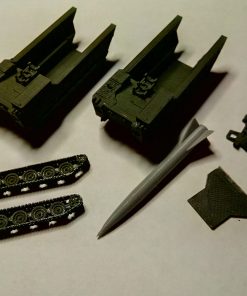 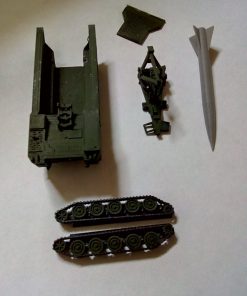 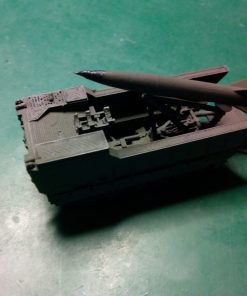 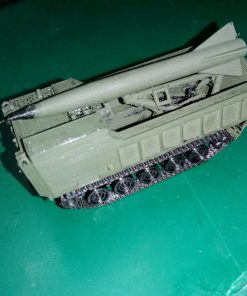 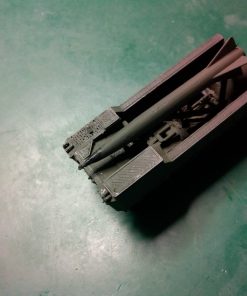 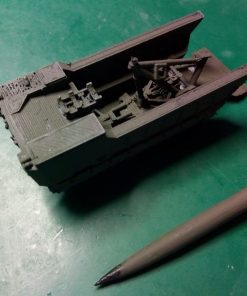 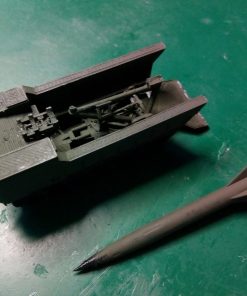 The LANCE was a mobile field artillery tactical missile system used to provide both nuclear and non-nuclear general fire support to the Army Corps, and was deployed by several nations. Designed to attack key enemy targets beyond the range of cannon artillery and to reinforce the fires of other artillery units, the LANCE replaced the HONEST JOHN system, fielded in 1954, and the SERGEANT system, deployed in 1962. It filled the U.S. Army’s need for a highly mobile, medium-range, fin stabilized, all weather, surface-to-surface missile weapon system, and also met UK and FRG requirements. Further information can be found at https://history.redstone.army.mil/miss-lance.html and https://www.militaryfactory.com/armor/detail.asp?armor_id=754. The missile was deployed on a single-rail launcher that could be mounted on a tracked vehicle (M572, based on the M113 chassis in M667 form), or on a wheeled trailer (M740 lightweight launcher).

This model depicts the launcher mounted on the tracked carrier (M667). The main hull is the core of the model (provided in two forms, with and without side skirts), with two wheel/track assemblies, and a rear ramp completing the basic vehicle. The driver’s area can be fitted with the retracted or deployed weather cover (both are provided); the former should be used if the model is to represent the unit in firing position.

The missile launch assembly is provided as a separate item that should be mounted inside the carrier. Two versions are provided, one with the missile in a firing position, and a second with it in travel position. The printed missile can then be mounted on the launch rail as shown on photographs in the references. A version of the missile is provided with no fins, as this is the normal travelling configuration, and with fins for depiction in a firing attitude.

A separate supporting product representing the M688 loader/transporter is also offered on this site to permit the creation of a more varied unit or diorama.