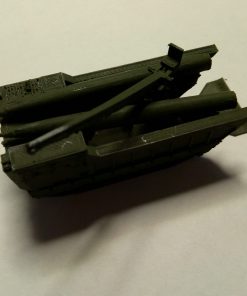 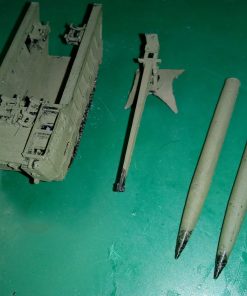 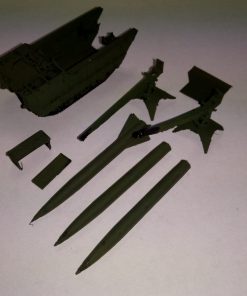 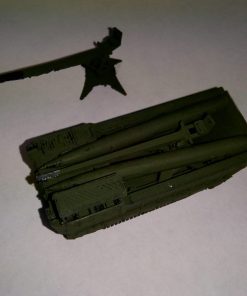 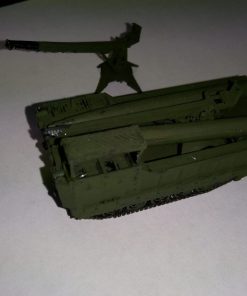 1:100 model of the M688 loader/transporter vehicle for the Lance missile system.

The M688 is the M113-based M667 carrier with special fittings to support the Lance missile system. A Lance battery (two fire units) consisted of two M752 launchers (one missile each) and two M688 auxiliary vehicles (two missiles each), for a total six missiles; the firing rate per unit was approximately three missiles per hour. The auxiliary vehicles are fitted with a crane to facilitate the reloading of a launch vehicle, and to transfer missiles to and from lorry mounted missile cannisters.

This model comprises of two alternative M667 carrier bodies fitted with the missile support cradles. The difference between the two is the fitting of track skirts on one, with exposed wheels on the other. The crew compartment can be fitted with a weather cover in the open position, or closed for operational missile transfer.

The crane unit is provided in stowed position as a separate part, which fits on the sponsons and abuts the rear supports. Two missile bodies are provided, sans fins, as this the normal state for transport. A separate rear ramp should be fitted in the closed position.