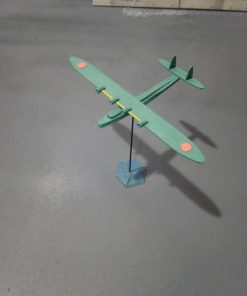 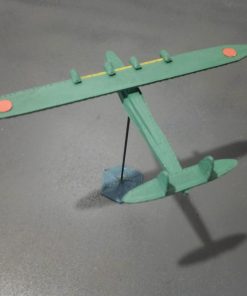 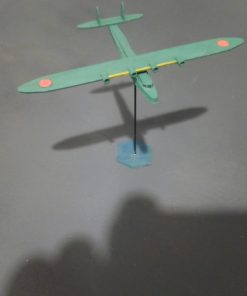 The aircraft was designed in response to a Navy requirement of 1934 for a long range flying boat and incorporated knowledge gleaned by a Kawanishi team that visited the Short Brothers factory in the UK, at that time one of the world’s leading producers of flying boats, and from building the Kawanishi H3K, a license-built, enlarged version of the Short Rangoon.[2]

H6Ks were deployed from 1938 onwards, first seeing service in the Sino-Japanese War and were in widespread use by the time the full-scale Pacific War erupted, in December 1941. At that time of the war, four Kōkūtai (air groups) operated a total of 66 H6K4s.[4]

The type had some success over South East Asia and the South West Pacific. H6Ks had excellent endurance, being able to undertake 24-hour patrols, and were often used for long-range reconnaissance and bombing missions. From bases in the Dutch East Indies, they were able to undertake missions over a large portion of Australia.

Be the first to review “Kawanishi H6K4” Cancel reply