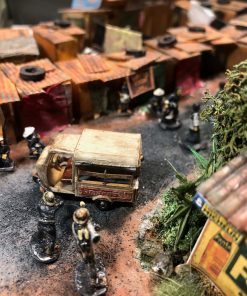 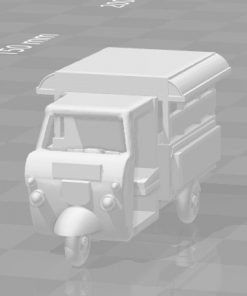 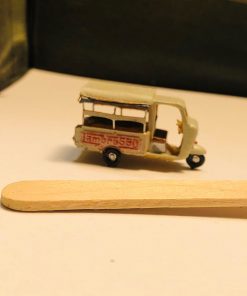 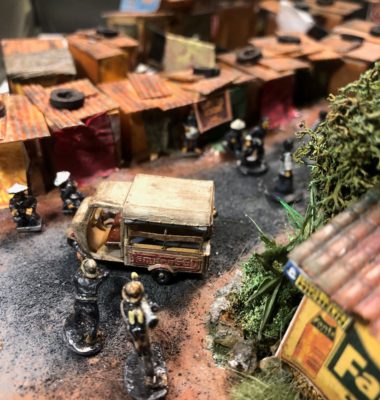 A small three-wheeled bus common across Indochina. A set of passengers can be found here: https://www.thingiverse.com/thing:3758285

This is a small vehicle of the type common across Indochina from the mid-1960s to today. Built up from a motorcyle or scooter base, the small cab and bed held a few people or a small amount of cargo (typically 500 kg). Called a Tuk-Tuk in Thailand, derived from the sound the engine made, the most popular models were purpose-built from Lambretta and Piaggio in Italy. Some 17,000 of the Lambretta models were sold in Vietnam from 1965-1967 alone, where they served as taxis and buses in cities and in rural areas. During the build to the Tet Offensive, this was a vehicle in common use by the Viet Cong, who used it to surreptitiously carry supplies into the cities in preparation for the attack.

The model here is in one piece, scaled to 1/100. It was test printed on an Anycubic Photon resin printer. It was test printed sitting on its wheels raised up on medium supports and situated at a slight nose downward angle, using the standard 0.05 layer height. The model has blank sides to which decals, advertising placards, etc. can be attached. I have provided a set of passengers here: https://www.thingiverse.com/thing:3758285.