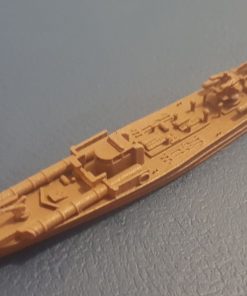 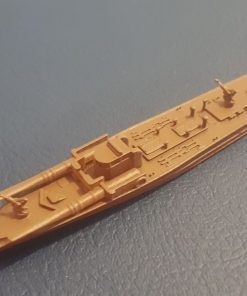 The MS Boat, or more formally the CRDA 60 t motor torpedo boat, was an Italian development based on the German S-Boat.

Early on in the war the Italians managed to capture some Yugoslavian S-Boats that they had bought from Germany before the outbreak of hostilities. When it became clear that their own MAS 500 torpedo boats were not very suited to longer ranged missions (due to a lack of seaworthiness), the MS Boat was developed.

There were two main series of MS Boats, imaginatively named Series I and Series II. The Series II boats had a number of small upgrades, but their most distinctive trait is that they carried 4 torpedoes instead of 2.

There was also a “carrier” version of the Series II boats that could be used to ferry special purpose vessels such as explosive boats or manned torpedoes. At least two of these saw service.