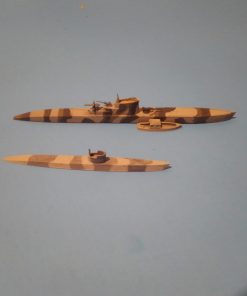 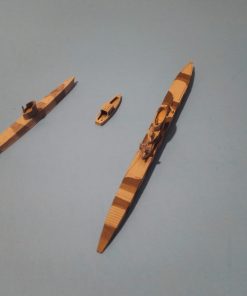 The Type VII was based on earlier German submarine designs going back to the World War I Type UB III and especially the cancelled Type UG. The type UG was designed through the Dutch dummy company Ingenieurskantoor voor Scheepsbouw Den Haag (I.v.S) to circumvent the limitations of the Treaty of Versailles, and was built by shipyards around the world.

The Type VIIC was the workhorse of the German U-boat force, with 568 commissioned from 1940 to 1945. The first VIIC boat commissioned was the U-69 in 1940. The Type VIIC was an effective fighting machine and was seen almost everywhere U-boats operated, although its range of only 8,500 nautical miles was not as great as that of the larger Type IX (11,000 nautical miles), severely limiting the time it could spend in the far reaches of the western and southern Atlantic without refueling from a tender or U-boat tanker.[9] The VIIC came into service toward the end of the “First Happy Time“[Note 6] near the beginning of the war and was still the most numerous type in service when Allied anti-submarine efforts finally defeated the U-boat campaign in late 1943 and 1944.[9]