Article by VJM787, you can find his store in the marketplace here, or his page on thingiverse here.

In starting a section on this site for 20mm war games and models, the old chestnut of 1:72 or 1:76 for vehicle models emerged. This is worth revisiting in the context of 3D printing, and the decision to offer 1:76 models clarified.

1:76 is OO railway scale, which was driven by the desire to have scale rail separation of one inch. 1:72 is a more ‘natural’ scale, as it represents one inch to six feet, and was used by the RAF for recognition models. Airfix’s first figures were made to OO scale to go with the established model railway market, and it was natural to stick to this scale when they offered vehicle models. Other manufacturers, such as Matchbox, Fujimi, Nitto, later followed this rationale. Esci and Hasegawa were the only ones around this time to choose to follow the aircraft 1:72 route. This balance has shifted in favour of 1:72 in recent years, but both can still be found, and many vary significantly from the stated scale, often approximating to the other standard. It should be noted that “20mm scale” is closest to the alternative HO railway scale (1:87), but models at this scale tend to be limited to continental European hard plastic pre-assembled products (Roco, Roskopf) or diecast models. 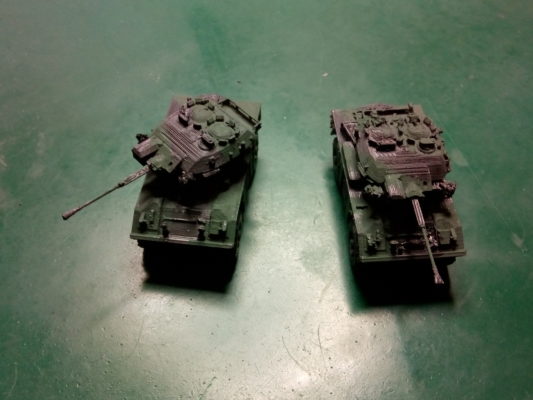 The difference between 1:72 and 1:76 is of relatively little importance for figures, given the natural range of human beings (but several sets of figures are grossly out of scale in some body parts). For vehicles it is much more noticeable if models of the same type of vehicle are displayed side by side. However, with dissimilar types of vehicle, the difference can be much less obvious. As a guide, 1:72 is 5% larger in linear dimension, but 17% by volume. As an example, a Panther tank would be 90.4mm in 1:76 scale, but 95.4mm in 1:72. 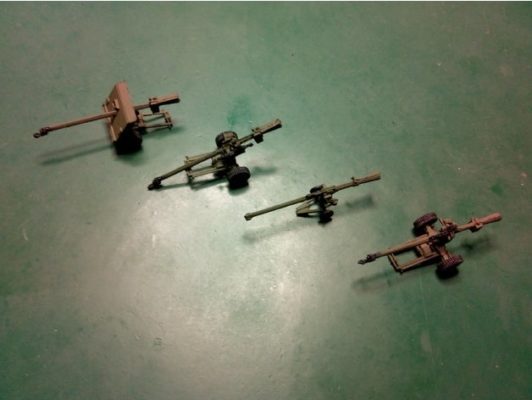 If we now consider 3D printing, rescaling of a design is easily achieved using either the original 3D design software, or slicing software such as Cura. However, printability needs to be considered in changing scale. If there is significant scaling to smaller sizes (e.g. 1:76 to 1:100), then the printing of small features will be affected, and some features may merge, or be too fragile or small to print successfully. Strengthening through over-scale representation may be required, and adjustment to suit the smaller size is likely. When enlarging designs, additional detail may be required to produce an acceptable model. If features have been represented over-scale, these may need to be re-scaled. 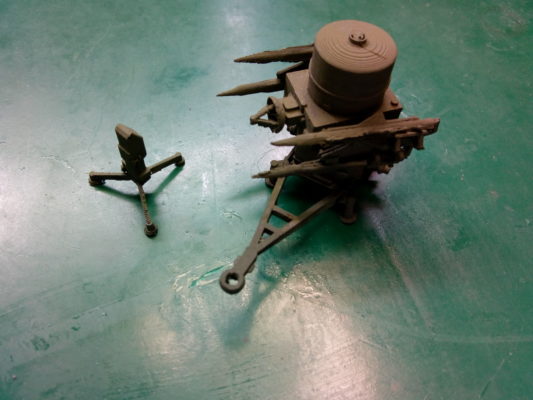 In the case of 1:72 and 1:76, the differences are very small, and the end user can rescale locally using the slicing software (Cura or equivalent), so the choice of scale is moot. Accordingly, there are few practical implications in choosing 1:76 for the products on this web site. Customers can readily adapt to suit their own preference of scale.