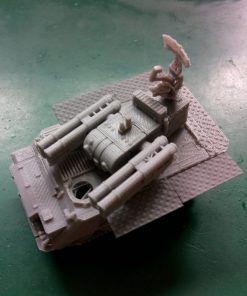 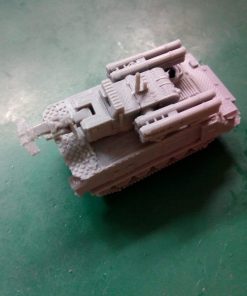 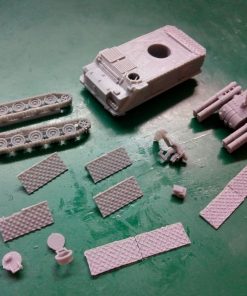 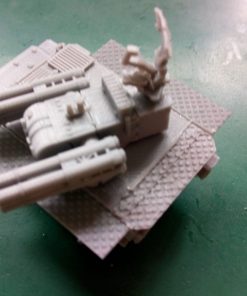 Report an abuse for product ADATS on M113 chassis

The Oerlikon Contraves ADATS system is a low-level short-range air defence system that is also capable of engaging surface targets. It is in service as part of the Canadian Forces Low-Level Air Defence System (CF LLADS), with the first of 36 systems being delivered in 1988, and the last in 1994. The system is mounted on a modified M113 vehicle which is the subject of this model. The ADATS missile can engage all types of low-level threats, and has a rangeof 10km against air or ground targets. It uses laser beam riding guidance, with a speed of over Mach 3 and high manoeuvrability. A laser fuse is used with variable delay set at launch. the 12kg warhead can penetrate over 900mm of rolled homogeneous armour. Further details can be found at https://www.army-technology.com/projects/adats/ and http://www.military-today.com/missiles/adats.htm.

The product includes a basic hull and two separate wheel/track assemblies (print instructions as for other M113 variants- see these product descriptions). A separate turret can be fitted with the separate surveillance radar assembly (2 pieces) in either firing or travel position; in the former it can be set to any rotation. The radar assembly is fragile; it can break as supports are removed, but it glues together well if care is taken. The separate platforms that are evident on either side of the vehicle can be mounted in the operating or travel position (folded). Separate parts are provided for the two cases. For the deployed platforms, it is easiest to print with skirts with the platform vertical; the brim can then be cut off close to the required elements. Other parts are printed in normal orientation with skirt only and supports everywhere.

Be the first to review “ADATS on M113 chassis” Cancel reply