Skip to content
View cart “Vickers Light Tank Mk.I” has been added to your cart.
Filter 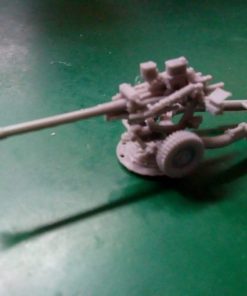 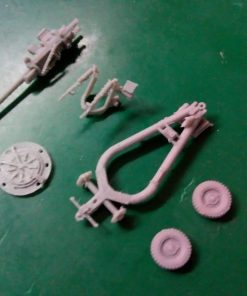 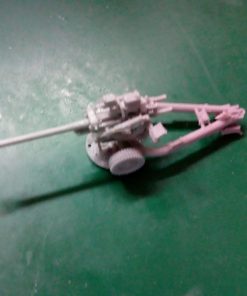 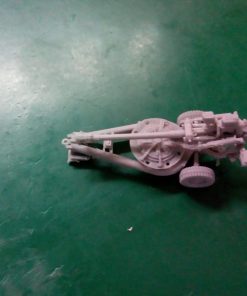 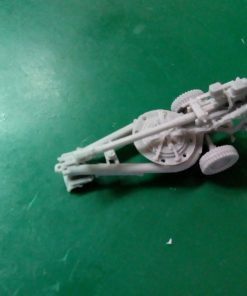 The 105mm light gun was developed to provide an air-portable lightweight field gun for the British Army (https://www.baesystems.com/en/download-en/…/1434610546921.pdf or http://www.army-guide.com/eng/product1941.html).  It has been very successful, and is in use by some 20 countries worldwide, including the United States of America, where it is known as the M119.  The version modelled here is the latest version with digital fire control and integrated INS (in this case the Leonardo Selex LINAPS) – see https://www.army-technology.com/news/newsselex-galileo-to-upgrade-british-army-light-gun/ – and can be configured in either firing or towing configuration.

The model is split into the gun barrel assembly, the gun cradle, the base, two wheels and the firing platform.  It offers some challenges, as some parts are very small in this scale, but the model should not prove too difficult for modellers with some experience in 3D printing.  It can be assembled in towing or firing configuration, and different gun elevations can be achieved with relatively simple modifications to the cradle.

Both the original Land Rover 101 or the latest Pinzgauer 4×4 towing vehicles are available on this site, and can be combined to provide artillery support for a model army, or as an attractive standalone model.  The light gun can also be towed by a 4-tonne class vehicle, or similar light artillery tractors.

The gun has been used in many recent conflicts, ranging from the Falklands War to Afghanistan and Iraq, and offers a component that can be configured for use in many wargame scenarios.  It is in current service and is likely to continue to be in use for many years.