As I live just outside of Washington DC, I’ve been meaning to go to a large convention like Historicon for some time, so on Saturday I got up nice and early and drove the two hours north from Alexandria, Virginia to Lancaster, Pennsylvania to take a look at Historicon and get an idea of how prevalent 3D printing was at the event.

I had high hopes after seeing the above video of the 2017 event, which funnily enough interviews Paul Delany who is a regular gamer and friend at Eagle & Empire – my friendly local gaming store, and I had a plan to go and visit the crew from Little Wars TV who I’d been corresponding with regularly regarding their series on 3D printing for wargamers.

I arrived at the venue, which was a great facility with plenty of parking, and the moment I hopped out of the car I realized I’d parked right next to two members of our gaming group. So off we went to go and register and check it out. Registration, even though there was no line was a very slow process, possibly due to the software they were using to register, or the volunteer staff on the desk who might not be used to it. I hope that the next event they speed this up, as it took me close to 20-30 minutes at the counter to actually register, pay and get my grab bag.

I was told that Wally’s Basement flea market was a must attend part of the event, that is split into a few time zones for vendors, these must be non commercial vendors and can only take cash as per the convention rules, so make sure you are stocked up with money if you plan to purchase there. There was one vendor who had a tonne of lead pulp Chinese miniatures that I regret not purchasing as I would have easily started a Chinese WWII era warlord army then and there for under $50. While we were in the line I met with some of the Warlord Games North America staff and we chatted 3D printing, and it made me happy to hear how welcoming they were of 3D printed 3rd party tanks and AFVs, where he mentioned that one of his favorite files was one by none other than Deweycat – The Bison Armored Lorry which he uses in his operation Sea Lion games. 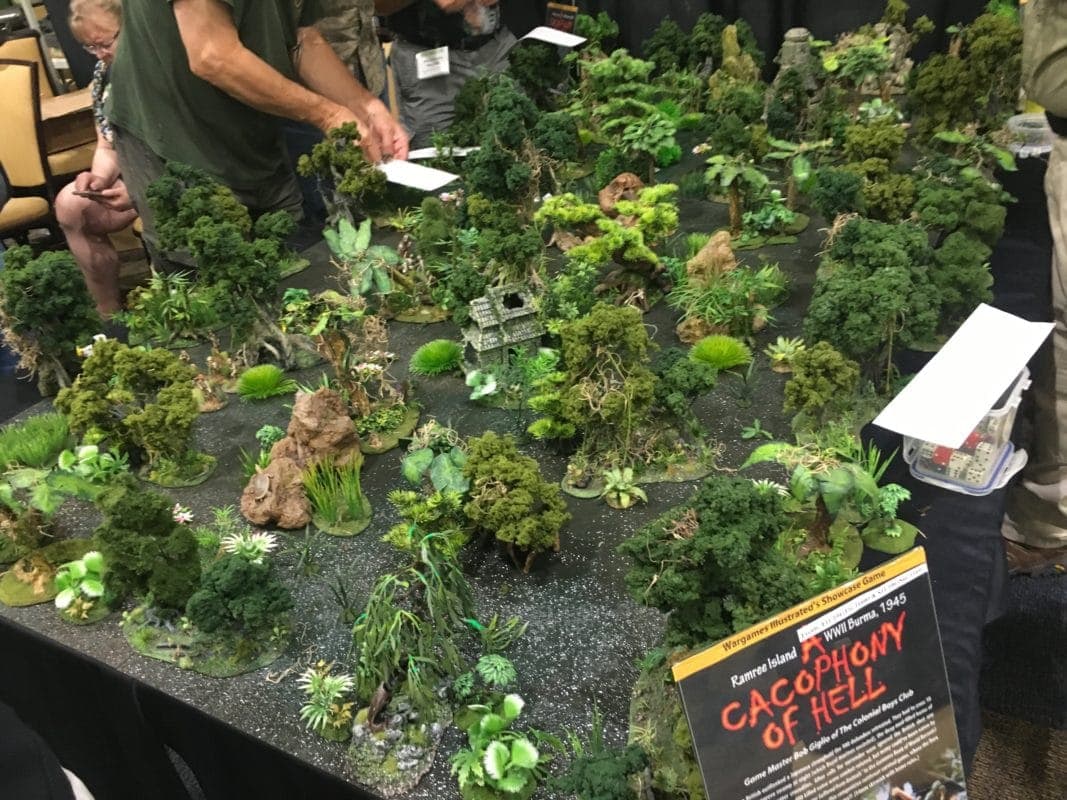 From here I ventured up to the hall that was hosting some of the tournaments, which on the Saturday was the Flames of War tournament, where two of our local players were competing, I also ran into Jason Weiser, a regular in the Wargaming3D facebook group, who took me on a tour of the vendor hall, introducing me to multiple people including the team at one of my favorite magazines – Wargames Illustrated, where I signed up for an annual subscription, got a few free issues, some free miniatures and discussed the possibility of more coverage of 3D printing in the publication, so expect to see something from us in there in the near future!

When it comes to the convention games, there were a lot of them, you can check out the tables below:

Later on in the day I was joined by none other than Zach (aka TigerAce1945) from Tiger Ace Modelling. We caught up and discussed 3D printing and even took the time to participate in a class taught by Bobby Jackson (the sculptor of the Bones Kickstarter) called “Sculpting with Z Brush” where I learnt some of the basics of sculpting miniatures in Z Brush or it’s (free) sister product Sculptris. 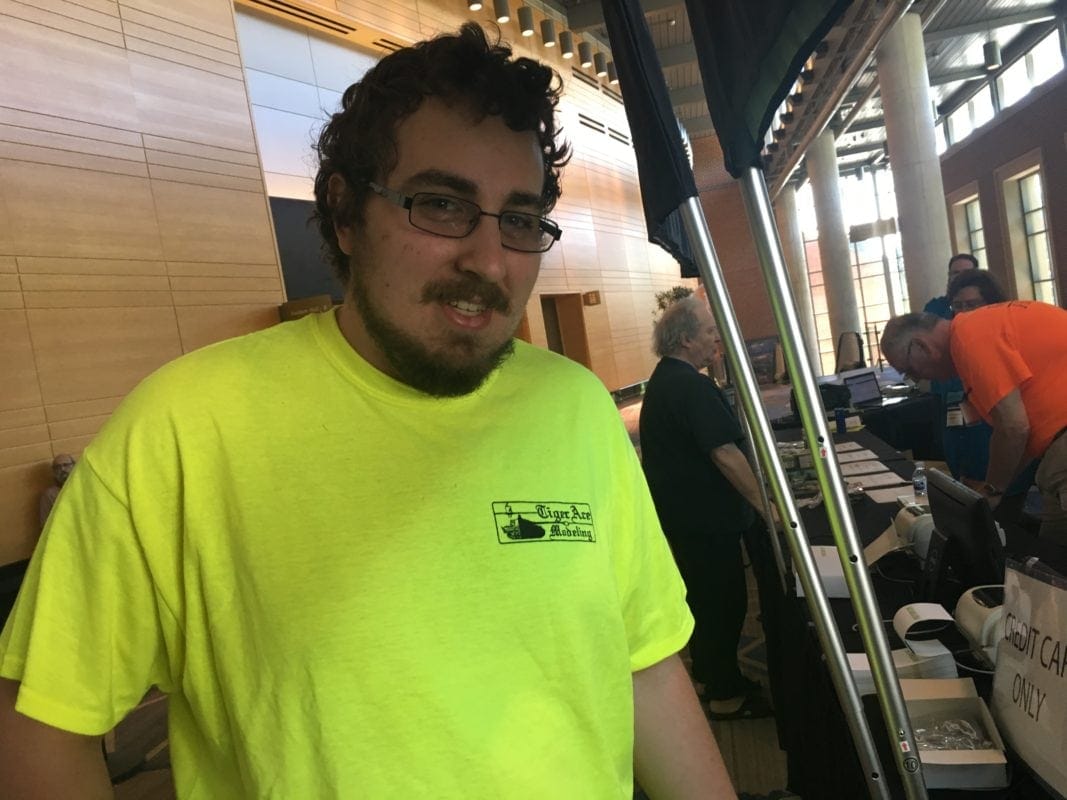 Some of the key takeaways from this class were: 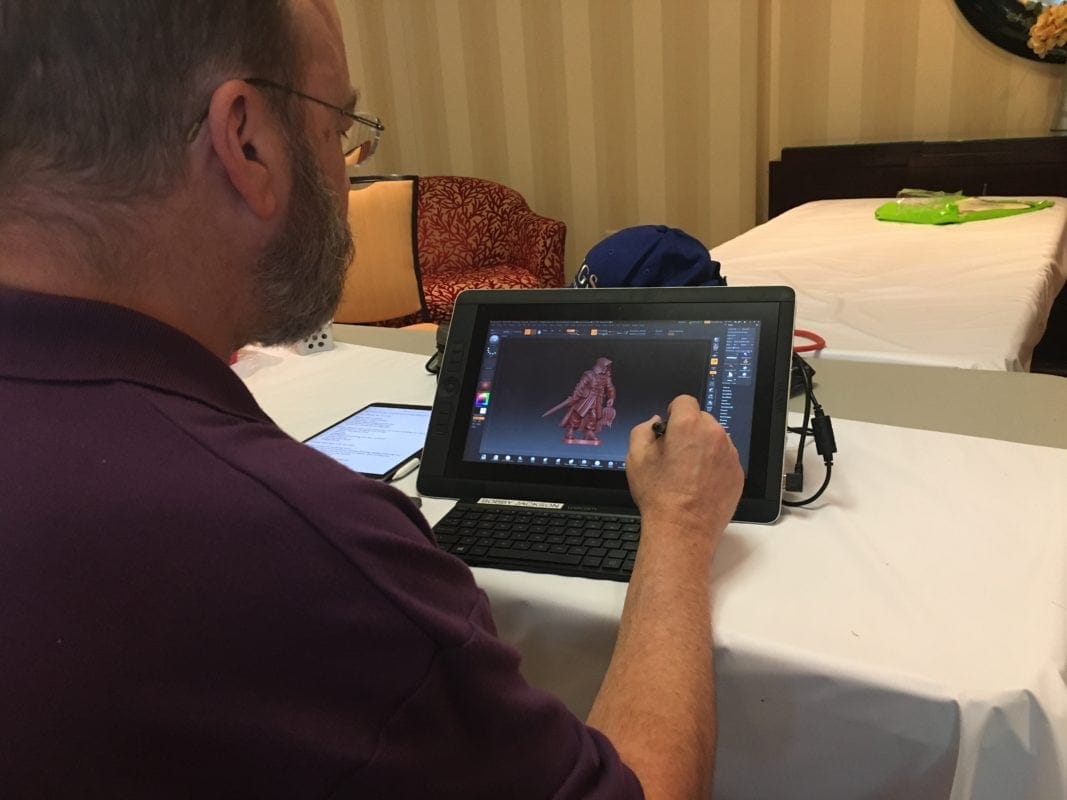 During this lesson, Bobby was able to sculpt a torso for a miniature in minutes, for a skilled digital sculptor like him, it really has a fast and intuitive workflow. While I can’t justify spending hundreds of dollars on a full version of Z-Brush just yet, I downloaded a version of Sculptris as soon as I got home that night. 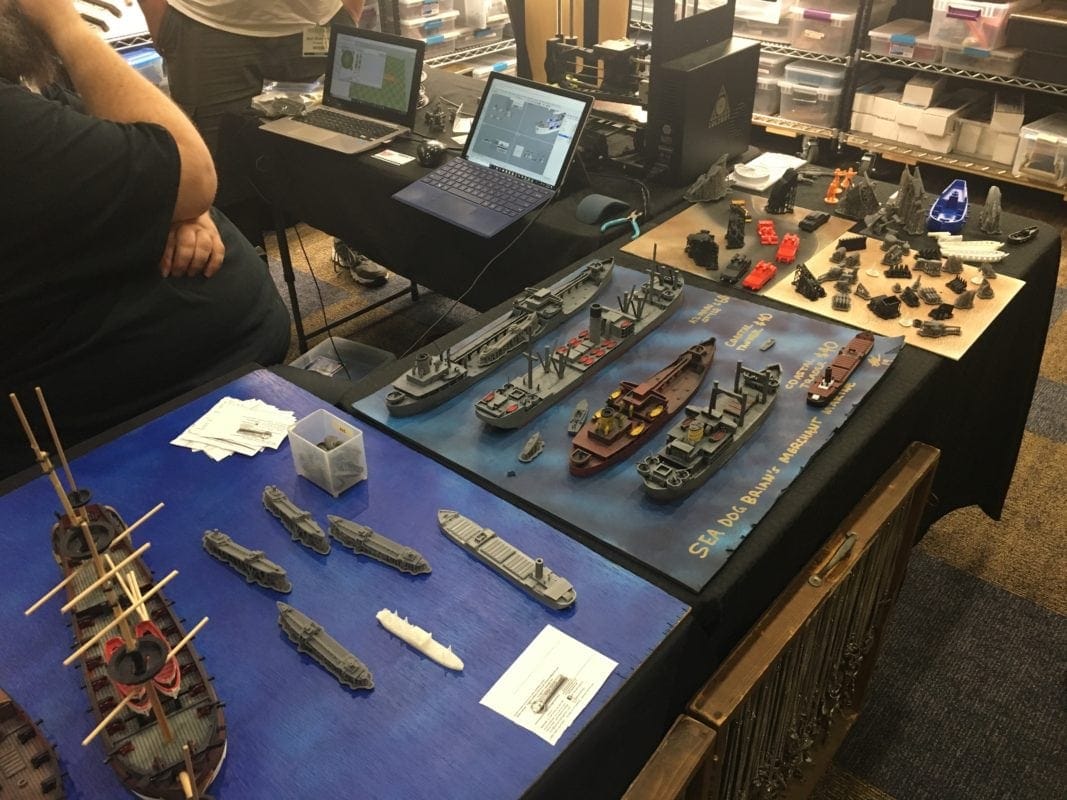 I spent quite a bit of time chatting to Brian Carnes who had a 3D printer set up on site, and had quite a few 3D printed 1/300 ships of his own creation for sale. We discussed some of the big picture issues impacting content creators, licensing, interacting with industry associations as smaller businesses breaking into the industry.

And in case you are wondering, heres my haul from the event, lots of cool stuff including a range of pre and post colonial Maori miniatures from Empress Miniatures and Eureka Miniatures in Australia (Keep an eye out as I’m going to do some articles around wargaming and printing/cutting for New Zealand conflicts), an annual subscription to Wargames Illustrated, free miniatures from vendors, the Sailpower Rules as I start to print age of sale stuff, Frostgrave rules as I’m looking at printing up some fantasy terrain, and a battle mat from Gale Force 9 for playing X-Wing. What isn’t pictured is the great teddy bear fur gaming mat that will feature in all my instagram photos from now on:

Later, we caught up with Greg and Steve from Little Wars TV. We’ve been chatting to them since they released their first video in a series of tutorials on 3D printing for Historical Wargaming. We’ve been meaning to get on the phone, but haven’t had the time, so I hauled some of my collection of FDM and Resin vehicles to the convention floor and they had a chat with TigerAce1945 and myself. We were able to showcase a bunch of his models, as well as those from creators such as Deweycat and m_bergman and talk broadly about where 3D printing fits into miniature wargaming, and some of the trends we expect to see in the near future. Hopefully this interview will be up soon and we showed 3D printing in a positive light. You can view the recap video from the team at Little Wars TV below (You’ll spot my print outs of a Bob Semple and a Schofield at 3:30):

All in all I was surprised at how very little 3D printed material there actually was at the event, though I expect that will change in the near future. I spotted two vendors with 3D printed stuff (Sail Power and Dads Armies). I’ll definitely be attending next year and plan to attend Cold Wars and Fall In as well, perhaps we’ll even have a Wargaming3D stand to promote and educate around 3D printing and wargaming in the near future too!