You Want Another Great Thing from France?

How About The Schneider model 1917 155mm howitzer!

The French went to war in 1914 anticipating a quick, fast fight, between large, tightly packed field armies fighting on open ground. They planned, trained and equipped their large military for just that type of fight. 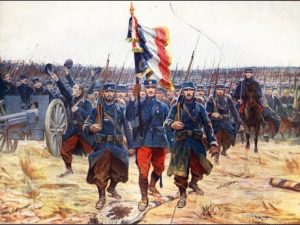 It didn’t quite work out that way. 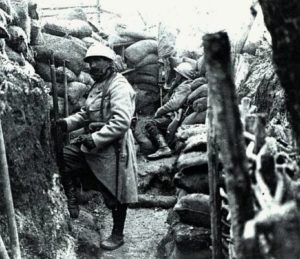 As the Western Front soon evolved into an unbroken line of defensive trenches from the channel to the Swiss border, the French quickly realized that they were short on a modern heavy artillery. While they possessed one the finest light cannons of the time – the model 1897 “Soixante-Quinze” 75mm field gun – it was just that; a light gun intended to fire rapidly over open sights. It was not a true howitzer, which could use its elevation to drop large rounds onto targets accurately, using the high trajectory as an aid to accuracy. 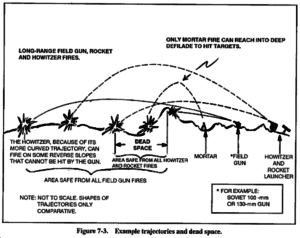 The medium and heavy guns the French did possess were outdated, many lacking even recoil systems. The need for effective and more mobile heavy artillery was pressing. The French firm Schneider designed and built the Schneider Model 1917, which was a refinement of a model built and sold to the Empire of Russia. The French model used bagged charges for the propellent, to save on the metals needed for cartridge casings.

The Schneider model 1917 was first used by the French in the latter stages of the Great War, and some were shipped to the Russians prior to the Revolution in late 1917. The Americans bought the license to produce them as well. After the war the model 1917 and later model 1918 were sold to a multitude of countries, including Poland, Finland, Greece, Belgium, Bolivia, and Romania among others. In World War two captured French models were used by the Italians and Germans. As well, the gun was used by both sides in the Spanish Civil War. 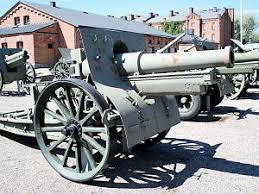 Use in Bolt Action

This model would count as a generic “heavy Artillery piece” in Bolt Action. It has an integral gun shield, which would factor in as well. The beauty of it is the considerable number of armies you can realistically include it with, namely

In action most of the armies above modified at least some of their Schneider model 1917s to be fitted with wheels with pneumatic tires, to allow for use with motorized transport. Otherwise they remained with the wooden spoked wheels, and were pulled by horse drawn gun limbers.

I started with kpi1986’s file from thingiverse (thank you!), and did the following

The print is optimized for FDM printing. Please use supports when printing and print at a “fine” 0.1mm setting. The barrel is printed on its side, which isn’t my choice; the trunnion under the barrel necessitates that. You can try printing the barrel on a raft for better results.

Always test fit before gluing. The models in the pic has wheel just “press fit” as I wanted pics with both spoked and pneumatic tired on the test print. The barrel is a tight fit through the gun shield, but that is because the gun was so designed. The model has tight tolerances.

The model is available for a free download at wargaming3d.com’s marketplace.