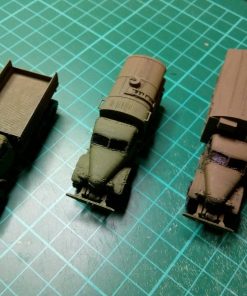 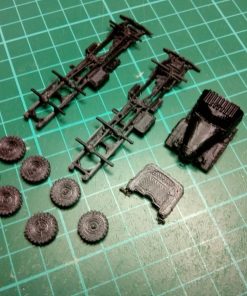 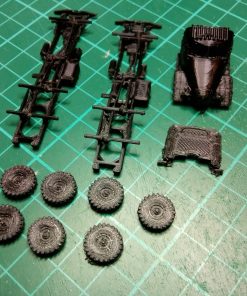 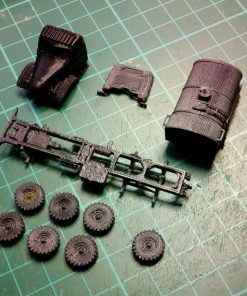 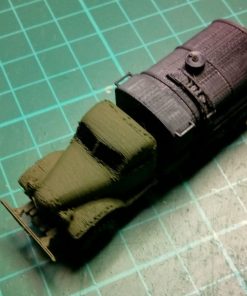 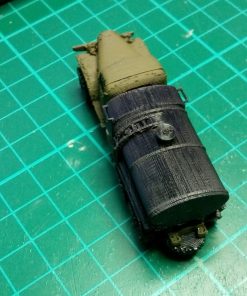 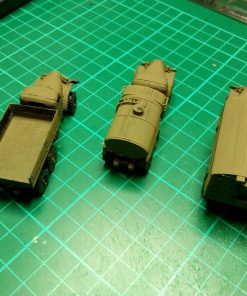 1:100 model of the ZIL-157 truck family in cargo, shelter body and tanker variants

This model provides the parts required to print a post-war ZIL-157 truck in basic cargo, tanker and command/shelter truck variants. The ZIL-157 is a general purpose ​2 1⁄2-ton 6×6 truck, produced in post-World War II Soviet Union by ZiL, based in Moscow. ZiL ceased manufacturing vehicles in 2012. The ZIL-157 was the standard Soviet truck until it was replaced by the ZIL-131 and Ural-375 series that became the standard Soviet army trucks alongside the GAZ-66. The Chinese People’s Liberation Army also produced the CA-30, a copy of the ZIL-157. Further information can be found at https://englishrussia.com/2018/09/11/and-old-zil-157-truck-restored-to-look-like-new/ and http://militarytechnics.com/vehicles/zil-157-trailer/, though the latter is more representative of the tractor variant, which will follow with models of the S-75 missile system in due course.

This model is provided as a basic chassis, which is offered in two variants, one with and one without a front-mounted winch. A separate chassis is provided for a tanker variant, which permits mounting of the spare wheel at the back of the chassis. The truck is split to permit vertical printing, which is required to print the front grill successfully. A second cab front is provided with duckboards on the roof for use on the tanker and specialist vehicles. Mounting the cab onto the chassis is likely to require some filing to achieve a good fit, as extraneous supports and bobbles may interfere with this fitting. The wheels can be printed from the file provided, and are fitted with cross-country treads on the tyres. Three body types are included, the basic cargo body, a shelter body that is widely used for command, electronic and other more sensitive uses, and a tanker. The cargo body is also provided in separate parts in case cleaning out supports between the side panels proves difficult.

I have added a revised cab (both solid and open), as some issues have been reported in printing this component on SLA printers. The revised design may offer advantages on FDM printers as well, though the current design worked fine on my ENDER-3.

All files have been revised and cleaned to ensure ease of import and use. The missing cabin file has been added, and the licence conditions updated (25-10-2020).