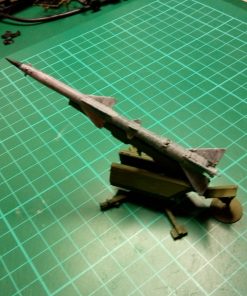 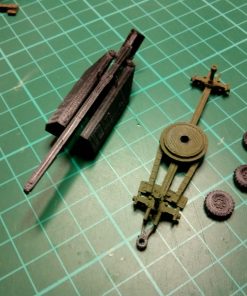 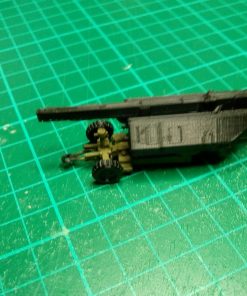 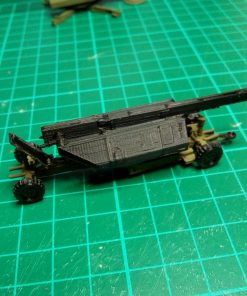 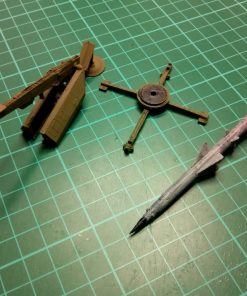 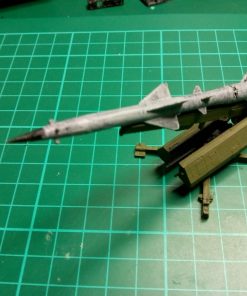 1:100 models of GUIDELINE missile and launcher in launch and transport configurations

The S-75 (NATO SA-2 GUIDELINE) missile system was the first anti-aircraft system operationally deployed in large numbers. It was successful in the Vietnam War, resulting in the loss of many US aircraft. This model depicts the transporter/loader subsystem, based on the ZIL-157 towing vehicle. Typically six such vehicles were deployed per operational site (Russian nomenclature Battalion), and missile reloading could be completed with a few minutes of arrival of the unit at the launcher position. Further information can be found at https://www.ausairpower.net/APA-S-75-Volkhov.html and a video of the loading at https://www.youtube.com/watch?v=g7uh8I1OPMQ.

The kit comprises of three parts, the missile itself, and the launcher is ready-to-fire and in-transport configurations. The missile is provided as a single printable part, with fins thickened slightly to ensure proper printing. Three versions are provided to permit selection of the most suitable fin thickness. The launcher has the rotating/elevating element, and the carriage. The main body is common in both firing and transport positions, but the elevating launch rail and efflux deflector assemblies differ. The launch rail has the two hydraulic cylinders in different positions to accommodate the raised or lowered efflux deflector. The two efflux deflectors are angled differently to suit the configurations. In firing position, the circular ramp is mounted on the efflux deflector to take the force of the rocket exhaust. The carriage in launch configuration has the outriggers extended to provide a stable platform for firing. In transport mode, these are retracted, and the two bogies attached. These are integrated into the travel carriage, and a printable wheel of the appropriate design is provided to complete the assembly.

The launch rail is provided with tabs to locate in holes in the main body and permit adjustment of elevation. these tabs are over-long, and will ned to be adjusted after printing. similarly, the efflux deflector is provided with tabs that will need to be shortened to avoid over-straining the main body in assembly. In many ways the latter are somewhat superfluous. Assembly should otherwise be straightforward.

Further elements of the S-75 system are planned, including additional supporting radars and command/power trailers. The missile guidance radar SNR-75 is already available on this site, as is the transporter/loader.

The files have been revised and ‘cleaned’ on 25-10-2020, following feedback from users.