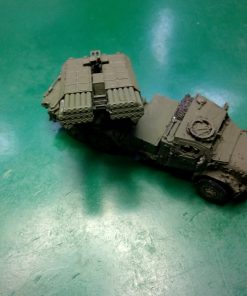 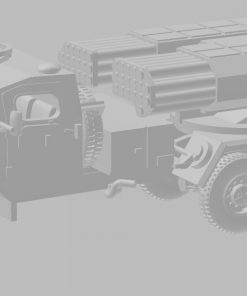 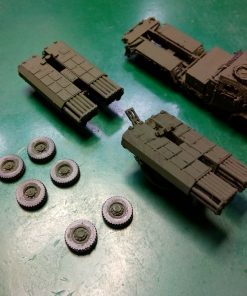 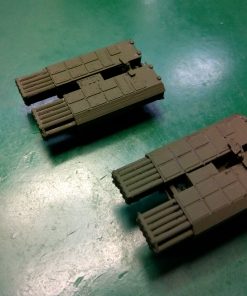 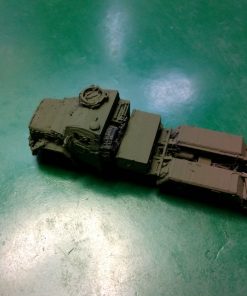 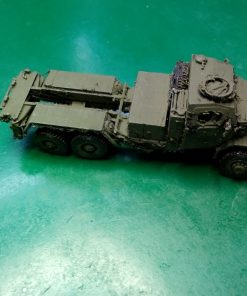 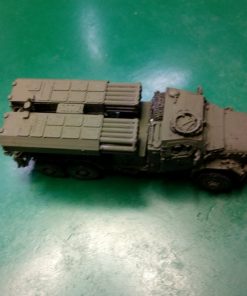 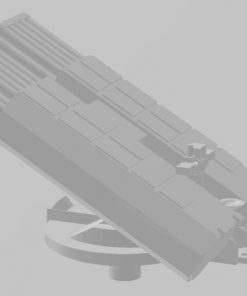 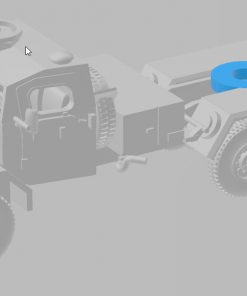 A 1:100 model of the LARS-1 rocket launching system on the Magirus Jupiter chassis, for both FDM and resin printers

The West German 110mm Light Artillery Rocket System (LARS-1) was developed in the late 1960s and 209 systems served in the West German Army. It was based on a Magirus Jupiter chassis, modified with an armoured cab. Further details can be found at Army Guide (army-guide.com), or at LARS-1 multiple launch rocket system | Missilery.info.

Two models are provided, one for fdm printers, and one for resin printers. The former is divided into parts, with the main truck, two alternative launchers (travel and firing) and separate wheels (front and rear wheels differ). The resin printer version integrates the wheels into the launch vehicle, and a separate firing launcher is provided to permit adjustment of the rocket direction.

Two launchers are provided to represent the unit in travel and firing positions. These can be selected as required for both versions. The resin version in firing position does not include the launcher, which should be printed separately.

Fitting the wheels on the fdm version can require some adjustment of the axles and the inner surface of the wheels, but should not present any particular issues. Printing should otherwise be straightforward. The resin version is hollow to reduce the use of material, with drainage holes provided where possible.