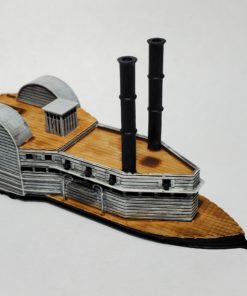 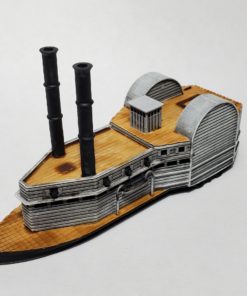 Report an abuse for product US Ram Switzerland

Built in Cincinnati as a towboat, Switzerland was one of the ships bought by Charles Ellet for his ram fleet. She distantly participated during the Battle of Memphis with the rest of the fleet. Switzerland would mainly serve in supporting roles during her career in the fleet. She managed to survive the gauntlet at Vicksburg when she and Lancaster passed under the guns. She also survived the passage under the guns at Grand Gulf. She would be sold back into civilian service after the war.

USS Switzerland with base

USS Switzerland unarmed with base

Be the first to review “US Ram Switzerland” Cancel reply