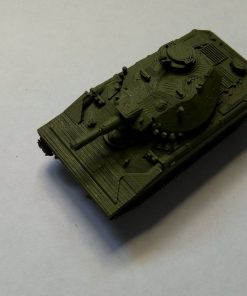 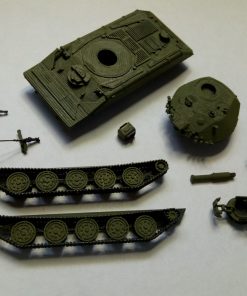 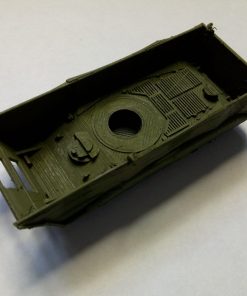 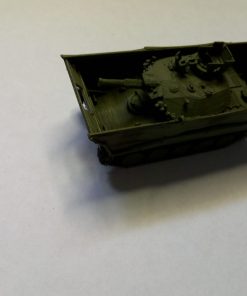 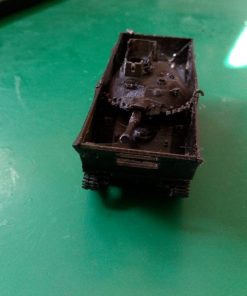 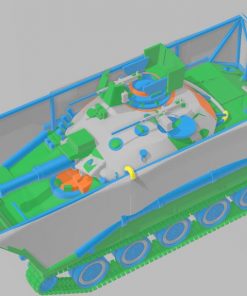 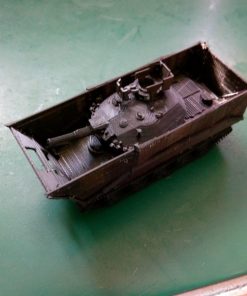 1:100 model of M551 Sheridan tank in a variety of guises, including swimming

The M551 Sheridan Armored Reconnaissance / Airborne Assault Vehicle (AR/AAV) was prototyped in 1962, with production commencing in 1966. It was developed to replace the experimental T-92 light tank, itself developed to replace the M41 Walker Bulldog light tank, when amphibious capability was added to the requirement set. The hull of the Sheridan was fabricated in aluminium, but the turret was in steel. The tank was fitted with the M48 152mm gun/launcher capable of firing medium velocity HE or HEAT rounds, or the Shillelagh AT missile. It was never totally successful, suffering from a variety of issues with its ammunition, but it was deployed to Vietnam, where its cannister round was very effective. The tank was taken out of service in 1996, with no real replacement for the air droppable role. Further information can be found at http://www.military-today.com/tanks/m551_sheridan.htm and https://www.militaryfactory.com/armor/detail.asp?armor_id=30.

The model consists of a hull with separate tracks and turret. This was done to maximise flexibility, but an integrated hull-tracks version is also provided for SLA printers. A separate hull is provided to depict the vehicle with the flotation screen raised, which makes an interesting model. An experimental version showing the tank swimming at nominal waterline is also provided in case this is of interest.

The turret is provided with options for crew stations and main gun. Two separate cupolas are provided, one being the basic initial design and the second offering the additional crew protection developed for Vietnam. A separate loader’s hatch is provided to permit gluing in open or closed position, and additional parts provide a loader’s gun (either the M60 or a 50 cal MG) that can be glued in position beside the commander’s cupola. These are quite fragile, so versions of Mr Bergman’s much more robust, if coarser, MGs are provided in the file in case these prove more useful. Two variants of the main gun barrel are provided, one with and one without the fume extractor to depict vehicles fitted with or without the closed breech scavenger system. A separate gun mantlet searchlight is provided, as this was not always mounted, especially in Vietnam.

Two versions of the turret are now provided, one for the open hatch, and one with the closed loader’s hatch, as this is easier to integrate if this version is required.

The Sheridan was extensively used in Vietnam, and would make an interesting addition to a wargaming army for this period. 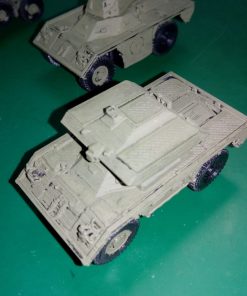 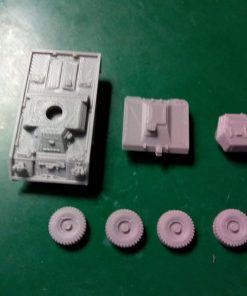