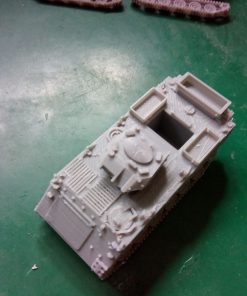 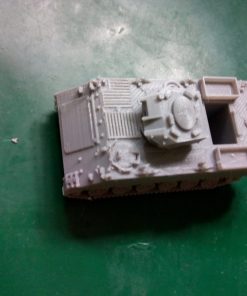 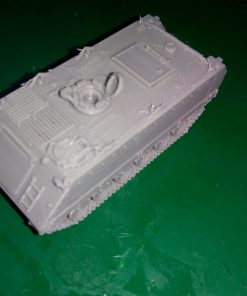 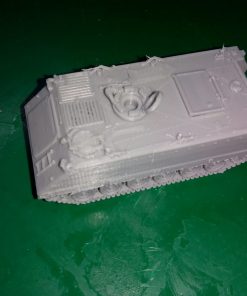 The M113 is a very successful and versatile APC that has seen worldwide use. However, the passenger compartment in the back is quite cramped, and several nations developed 6-wheel-a-side variants to improve the available space. As this was coupled with an automotive update, the result was a much more capable and faster vehicle, capable of out-accelerating a Bradley and providing space for a full squad of soldiers.

The first stretched vehicle was the M113A3+, or Mobile Tactical Vehicle Light (MTVL) proposed and demonstrated by United Defense. Despite a compelling case, the US Army focused on the Bradley IFV, and this was not taken up. A further development was the Infantry Fighting Light Vehicle (IFVL) that used the same chassis and added a one-man turret with a 25mm chain gun and a 7.62mm machine gun, whilst retaining space for 10 dismount soldiers. Details can be found at https://fas.org/man/dod-101/sys/land/m113.htm.

The Australian Army took this concept and developed the AS4 model, using the proven AS3 standard that used a new engine, transmission and improved hull protection. It was fitted with a Tenix Defence one-man turret with a 12.7mm machine gun and sight. An update is available at https://www.defenseindustrydaily.com/australias-m113-apc-family-upgrades-05133/.

In Germany, FFV developed a similar model for the German Army, and some units were upgraded to this 6-wheel standard. More details can be found at https://www.ffg-flensburg.de/fileadmin/ffg/download/FFG_Product_Brochure_M113_Modernisation.pdf. This was also offered to the Danish Army.

This product includes hulls for both the Australian and German variants, together with separate 6-wheel track units that should be printed with the axles horizontal and the grounded tracks facing the printing base. Supports should only be required from the baseplate, and a resolution of 0.1mm should be used, with only a skirt for additional support. A turret is provided for the Australian version, and a separate skirted hull version is available for the German variant. A standard cupola is provide for the German version in open and closed versions. The rear hatch cover is provided as a separate item to permit modelling in open or closed configuration. The user will have to provide a short length of suitable wire to act as the gun barrel for the turret, as this is too thin to print successfully in plastic.

Further testing revealed that the idler wheel did not always print correctly. Updated versions have been placed in the relevant updated zip file (8th July 2019).