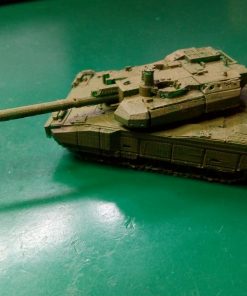 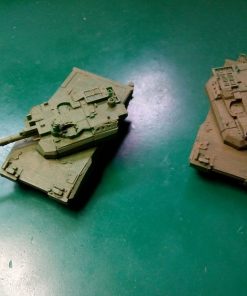 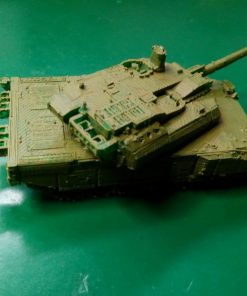 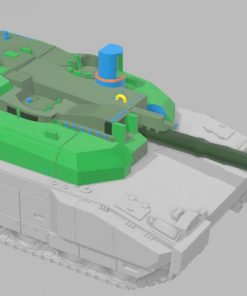 A 1:100 model of the current French Main Battle Tank, the Leclerc. Two versions are included, one for resin printers, and one for fdm devices.

The Leclerc main battle tank (MBT) built by Giat Industries (now known as Nexter Systems) is operational with the French Army (1992 onwards) and the armed forces of Abu Dhabi of the United Arab Emirates (1995). The French Army has 354 Leclerc MBTs in service, concluding a total order of 406 (plus 20 armoured recovery vehicles). The Leclerc replaced the AMX-30 (also available as a model design on this site) in French service. An additional 390 tanks have been ordered by UAE. It is an impressive, but very expensive vehicle, fitted with advanced electronic and situational awareness systems.

Two models are provided, with a separate common turret that allows for rotation. The first is a hollowed out integrated model, suitable for resin printers. A version with separate track units is also provided for fdm printing. The permanently fitted side skirts have permitted the simplification of the track units, easing removal of printing supports. 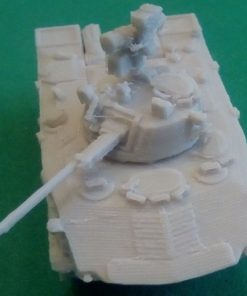 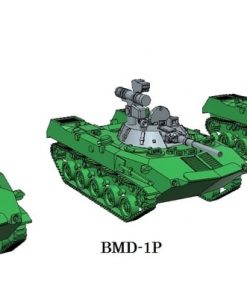