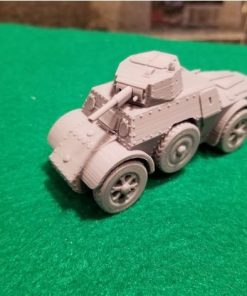 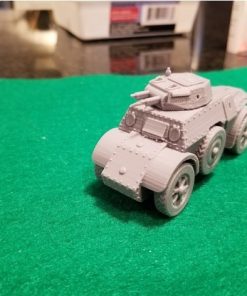 I did this at the request of a club member who is expanding his Italian forces, hence the model is not glued or painted in the pics; just “press fitted together”

I did not have to do much to Tiger Ace’s outstanding work; what i did do was

In Bolt Action the rules only accredit the AB 40 to the two turret MMGS, yet i have added photos clearly showing the AB 40 having a hull mounted MMG facing over the rear engine deck. Tank Encyclopedia takes the same position (no hull MMG on the AB 40) yet the following link supports the hull MMG in the AB 40.

There is no argument about the later AB 41 and AB 43 having that hull MMG. I think one could make an agreement with your opponent whether to have the AB 40 with the hull MMG; the “Vehicle Design System” would add 10 points for an MMG to the AB40’s cost.

this is a rework of an existing file from TigerAce. It has been optimized for printing on FDM printers.