The “Truck, ​1⁄4 ton, 4×4, Command Reconnaissance”, or the “jeep” is likely the most recognizable vehicle coming from the Second World War. Although it was only conceived in 1940, the proposals were offered to various manufacturers by the U.S. military with a turnaround time of a mere 49 days to produce the first prototype. The winner of the competition was from the Bantam Motor company, but it was so small that it could not possibly fill the demand, so both the other competitors – Willys and Ford, started production of the ¼ vehicle… and the rest is history. Almost 650,000 were built during the war, and it served in every theater, with over 80,000 supplied to the Soviets through Lend Lease.

The jeep was, and remains, a much-loved vehicle and has become an iconic symbol of the strength of American manufacturing and design. 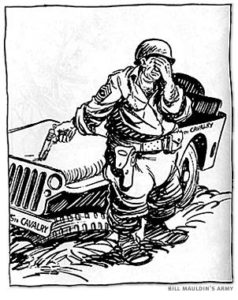 For more information on the ¼ ton utility vehicle, and some of the competing theories on the origin of its nick name- the “Jeep” – please take a look at :

The term “jeep” is now part of both military and civilian parlance. We have an automotive market place filled with all shapes and sizes of four-wheel drive utility vehicles, although your grandfather back in WW2 would take a double take if he saw what wears the “Jeep” moniker now – 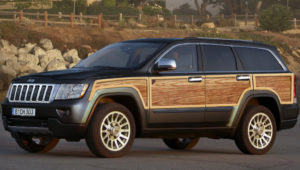 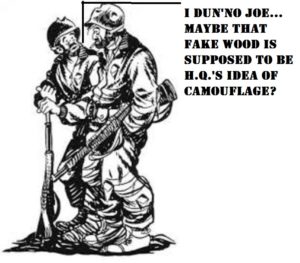 Using the Jeep in Bolt Action

The Jeep in bolt Action can be used by most of the allied armies from the mid-war period onwards. It can be used as a tow for a light gun, as a transport for 3 men (4 under certain conditions and in some theatre books e.g. SAS in the Western Desert), and as a fighting vehicle, armed with from one up to five different machine guns – e.g. as an American Armoured Car choice, Airborne Brits and Americans, L.R.D.G. in both the Western Desert and in North West Europe. The options are usually specific to a theater and/or campaign but do offer a lot of options.

Another option open in some theaters is the “armoured jeep”; this being a Jeep that was kitted out in the filed with armour plates to the front, protecting the grill and the driver and front passenger. In the game is has a special categorization as “6+ (soft skin) Frontal armour This vehicle cannot be damaged by small arms hits from the frontal arc but will still be pinned as normal”. 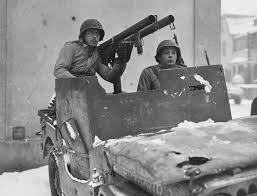 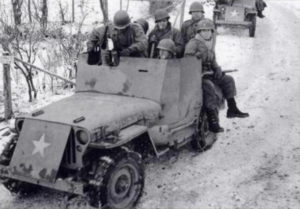 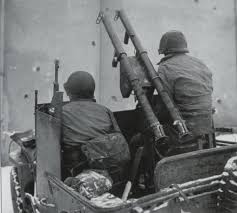 In Bolt Action the Americans, dependent on the theatre, have the option of purchasing an “armoured jeep” in their Armoured Car slot, either armed with an MMG or with Twin Bazookas. The Twin bazookas gives you a highly mobile Anti-Tank asset that can deliver two +5 pen (same as a Medium ATG) shots.

The Twin bazookas gives you a highly mobile Anti-Tank asset that can deliver two +5 pen (same as a Medium ATG) shots. If this vehicle should start its turn on a road, it can travel 24”, with 2 turns and still deliver 2 shots, potentially into the flank or rear of an enemy tank. The jeep only costs 105 points, as a Regular, when so equipped.

Warlords offers a model of the Armoured Jeep, equipped with a pintle MMG, but I have not been able to locate a point factor for it.

The .stls for these Jeeps

I did up .stls for the American Armoured Jeeps in preparation for a large game of envelopment recreating a German advance Battle of the Bulge. The Jeep took my armoured car slot. In the game the jeep did just want I wanted it to; I kept it tucked out of harm’s way until a Tiger 1 advanced. I had an M-24 on the table and when it hit and immobilized the Tiger I scooted the Jeep out on an advance, got within “Close Quarters” and fired the two ‘zooks, scoring a hit and a second immobilization, thus killing the tank. The jeep then withstood an assault by German infantry and just started firing its +5 rockets at the Germans. A pretty good baptism of fire.

I started with my previous jeep file (I had previously done an Airborne Jeep and an LRDG jeep .stl package, both of which are on this site’s marketplace). I did up the armoured sides and grill protection, crafted the twin ‘zooks and mount and the Browning MMG; they could be interchangeable if you just wish to print the one jeep and two weapon options.

The file consists of separate files for

The files come with sets of crates and jerry cans you can print off and add to the cargo area of the jeep if you wish.

The crew figures are from Company B. The castings are a little crude, but they serve the purpose. Limited selections are available from other companies as well. They are a nice thing to tack onto you next order, and just keep them around for when you need them.

You can get this .stl from the Wargaming3D.com marketplace.

I also have a package deal consisting of all the .stls for Airborne Jeep, the LRDG jeep and the Armoured Jeep for $9; it includes an array of weapon choices to cover off all the versions currently allowed by the game rules for these various vehicles.

So there you have it, the opportunity to print some fast little hurt delivery systems for your Allied armies! 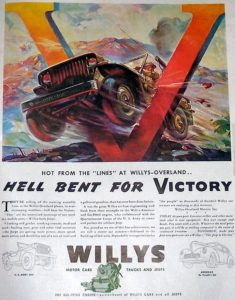