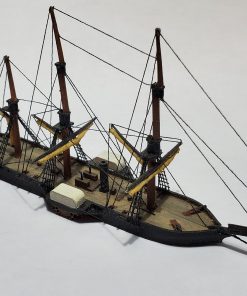 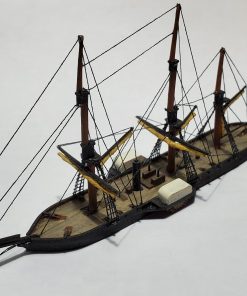 Sent everywhere and didn’t do much!

USS Susquehanna was launched in 1850 and began her service as part of the East India Squadron and was part of Perry’s Expedition to open Japan to the world. She then served in the Mediterranean until being called home at the outbreak of the Civil War. During the war she served all along the US Coast, initially serving as part of the Hampton Roads Blockade, then serving around Charleston, then she returned to Hampton Roads to aide in McClellan’s Peninsula Campaign towards Richmond. She was then sent to the Gulf of Mexico to hunt blockade runners and captured several attempting to break through. After her stint in the Gulf, she once again returned to the Atlantic and took part in the attacks on Fort Fisher. These attacks were the last attacks she would partake in. After the war she did nothing of particular interest, she delivered representatives to Veracruz during the fall of the Second Mexican Empire, and sailed around Brazil before being decommissioned. She was recommissioned for a short while before being decommissioned again and scrapped in 1883.

USS Susquehanna with base

Be the first to review “USS Susquehanna” Cancel reply