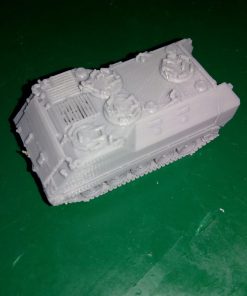 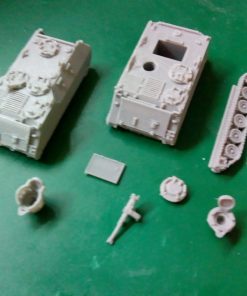 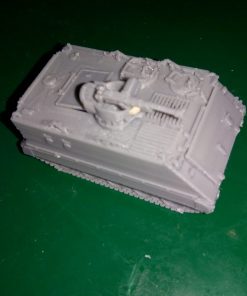 OTO Melara produced more than 4000 M-113 APCs for the Italian Army and for export. Experience resulted in a request for an improved variant, specifically in improved protection and permitting firing from inside the vehicle. US experience with the XM-765 was also taken into account, and a version with an angled rear compartment, firing ports and added cupolas for a commander (behind the driver), and at the rear of the passenger area, was developed as the new-build VCC-1. To supplement the VCC-1, existing M-113s were upgraded with a separate cupola for the commander, improved armour protection, crew firing ports in the sides of the vehicle, and a new diesel engine, as the VCC-2. Numerically, this variant was the more important, but both have been deployed on many missions, including Somalia and Lebanon. Additional armour was often added, and may be the subject of future models. Further information can be found at http://web.tiscali.it/stefano67/vcc2.htm and http://www.tanks-encyclopedia.com/coldwar/Italy/VCC-1_Camillino.php.

This product includes models of both the VCC-1 and VCC-2, permitting the user to recreate both variants and derivatives for use in wargames involving modern Italian units. Separate tracks are provided, which should be printed with axles parallel to the printing base, with ground contacting tracks on the base. An armoured crew station is provided for the VCC-2, as well as a normal gun station. A simple model of a 50cal MG is provided, based on a version designed by M Bergman.

Further tests revealed that the idler wheel in the tracks did not print reliably. Updated tracks (rev3) have been included in the relevant zip file.