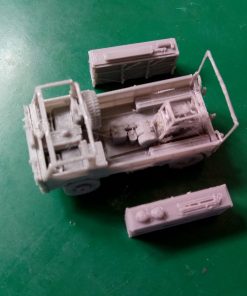 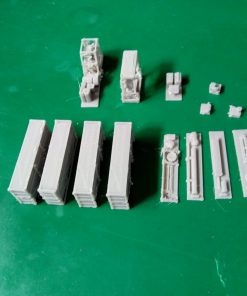 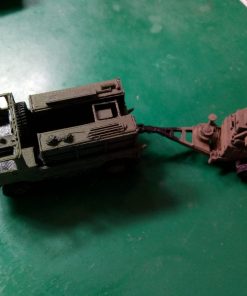 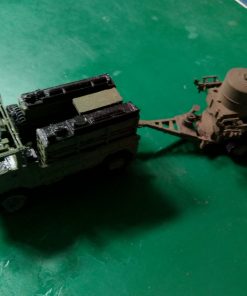 1:100 Rapier system loads for the LR101 model to complete a system deployment.

This is an add-on for the Land Rover 101 1-tonne model (available separately on this site), if it is to be used with the Rapier anti-aircraft missile system. Three LR101s are used with Rapier, a first that tows the firing unit, a second that tows the Blindfire unit, and a third that pulls the resupply trailer. Excellent photographs of the towed units can be found at http://www.remlr.com/fc101.html. Similar arrangements were used in the British Army.

This model provides the missile containers and various loads that are carried out in the first two LR101s. These include the optical tracking unit, four missiles per LR, cabling and other ancillary components. These are provided as separate parts to maximise flexibility, and to ease printing. The mounting of the various elements should be clear from the photographs of models that are provided.