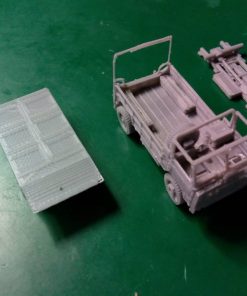 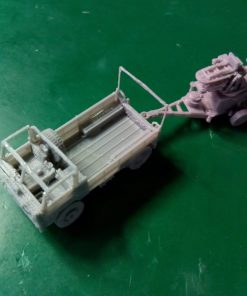 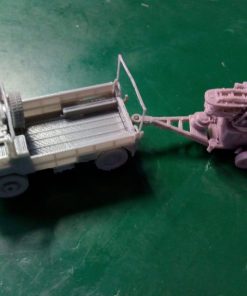 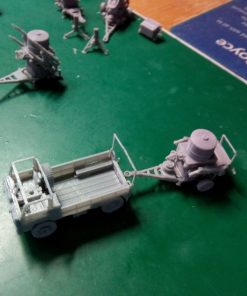 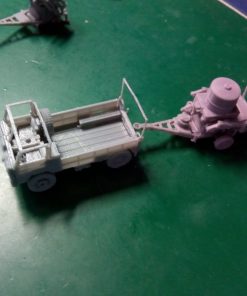 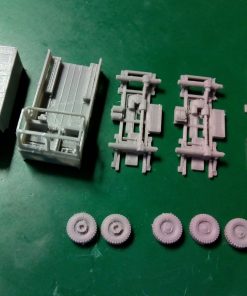 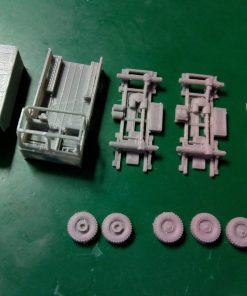 The Land Rover 101 was developed specifically for military use to satisfy a British Army requirement for a towing vehicle for the new lightweight 105mm gun. It was later developed for other uses, including a Milan ATGW carrier, and into a hard-top version for the Royal Signals and REME. Further information can be found at http://www.allisons.org/ll/4/LandRover/FC101/. This vehicle was also the preferred towing vehicle for the Rapier AA missile system. The design was intended to be air portable, so it was compact and made best use of available volume, if suffering from a lack of stability on downwards inclines. It was popular in service, and remained in use until partly replaced by the Reynolds-Broughton RB44 (Army) or the Land Rover 127 (RAF), and fully by the later Pinzgauer in either 4×4 or 6×6 form.

This is a much revised and improved version of the model that I published on Thingiverse, which had some significant inaccuracies (https://www.thingiverse.com/thing:3200917). I would recommend that this version be used, as it produces a much more accurate product. The vehicle is modelled in four main parts, with a chassis providing the base for a top body element. A separate front and back section permits additional detail to be included, and two different wheels are provided, one for the front axle and a second for the rear axle and spare. Two versions of the chassis are provided, one to represent the basic unit and a second to show the winch variant.

The rear section provides part of the tilt which can be cut off if not required when modelling an open top variant. A tilt is provided for use with this model, but may require a small amount of adjustment to fit if required. A number of add-on loads will be provided for this model as time permits e.g. Rapier vehicle loads, infantry Swingfire, Milan carrier.