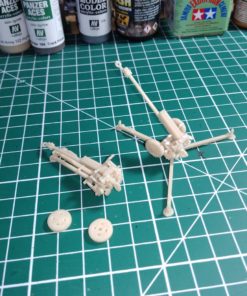 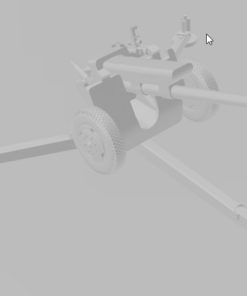 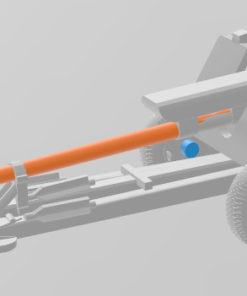 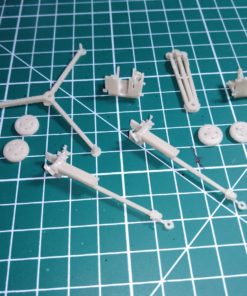 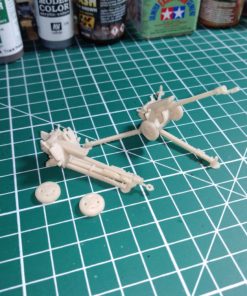 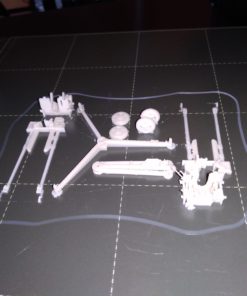 This is a 1:100 model of the D-30, Russian designation 2A18, a Russian-made 122 mm towed howitzer that first entered service in the 1960s with the Russian army. Versions for fdm and resin printing are provided in both firing and towed configuration. It is well detailed, and can be printed at 1:56 as well if so desired.

The 122-mm howitzer D-30 (GRAU index 2A18) is a Soviet howitzer that first entered service in 1960, and has been widely deployed in the Soviet Union and its allies. It has a maximum range of 15.4 kilometres, or over 21 km using RAP ammunition.

Supported by a 3-legged mounting, the D-30 can be rapidly traversed through 360 degrees. Although no longer manufactured in the nations of the former Soviet Union, the D-30 is still manufactured internationally and is in service in more than 60 countries’ armed forces (Wikipedia information).

The barrel assembly of the 2A18 gun is used by the 2S1 self-propelled howitzer, which is also available as a model.

The test prints were done by Herr Andreas Penzkofer, whose assistance is gratefully acknowledged (the model photos are his copyright). I have also printed the design; it is not easy at 1:100, as the parts are small, and Herr Penzkofer has achieved better printed results. He has tested the design in both resin and fdm, at 1:100 and 1:56.

The product is offered for personal, non-commercial use. Derivative designs for personal use may be generated, but neither the original nor derivatives may be shared with others. Attribution of the design is requested should printed models be exhibited or otherwise shared. Models printed from this design or derivatives may not be sold commercially, but limited licensing is offered.