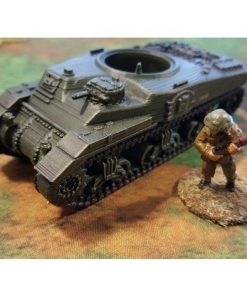 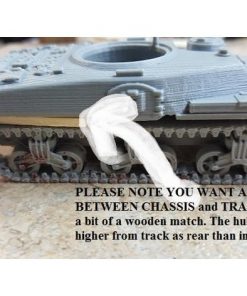 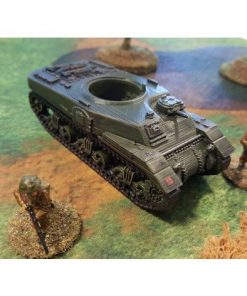 This is a 28mm scale model of the WW2 Canadian RAM Kangaroo APC.

This is a 28mm scale model of the WW2 Canadian RAM Kangaroo APC.

The source of the RAM was a 1/200 model from m_bergman’s great treasure. The separate track is sources from dougzmodels’ excellent 1/72nd scale M-3 Lee.

The RAM tank was a medium tank designed and built in Canada during the dark days of 1941-1942. The British had their hands full and the Americans were just gearing up for war. Canada, having never built a tank before, jumped in and developed the RAM tank. It’s suspension was a copy of the M-3 Lee suspension but its hull allowed for a fully rotating turret, initially armed with a 2 pounder and later a 6 pounder ATG. Early models also had a small MG turret on the left front hull.

The Canadians shipped these to equip its troops in the UK, but just prior to the invasion of France the Cdn. troopers switched out from their RAMs to the standard allied M4 Sherman.

As the liberation of Europe proceeded, the heavy casualties in the infantry sparked the initiative to employ the surplus RAM tanks as APCs. starting in July 1944, many were so converted and were used by both the Canadian and British armies until the end of the war in Europe,

This model started with the 1/200th scale model of the RAM kangaroo from the Bergman files. I cut the tracks off to allow for a cleaner print of the hull. I took the tracks from Dugzmodels and clipped it a bit to fit the front mudguards on the RAM.

Please refer to the photo where gluing the tracks on. there is a slightly higher gap between the hull and the track at the rear than the front. You can see this in the historical pics. I used a bit of a wood match to give me the gap at the back, and a thinner bit of scrap at the front. I used two part plastic epoxy to glue the track on; you can use CA glue but you want to make sure you fit them right the first time, as CA doesn’t allow for much repositioning.

The Kangaroo is listed in the British army book.

I loaded two files for the MG turret; one with a gun and a second w/o in case you want to use a piece of metal instead.