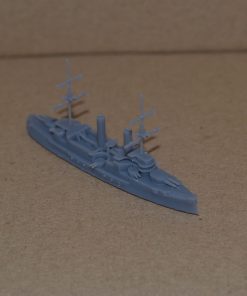 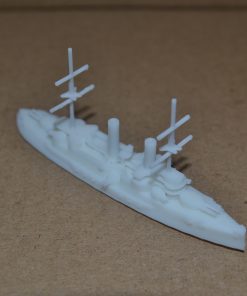 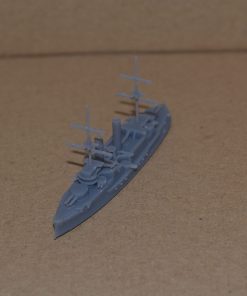 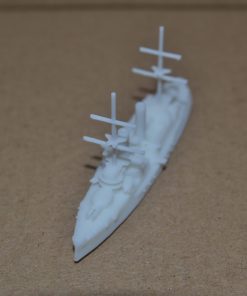 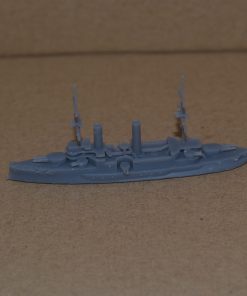 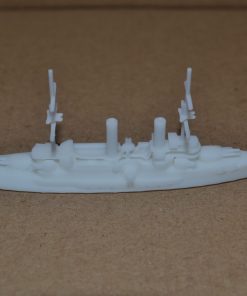 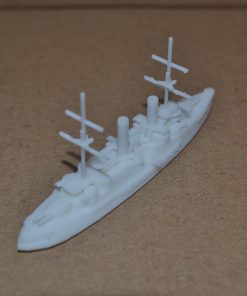 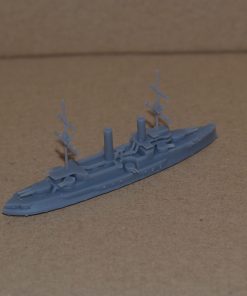 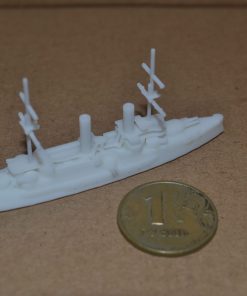 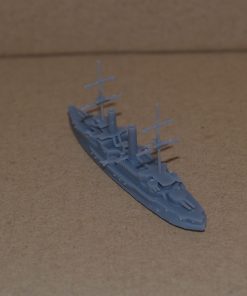 A solid model of the Borodino-class pre-dreadnought battleship of the Imperial Russian Navy. I have previously offered this ship in larger scales with moveable turrets. Click here if you wish to see it.

The most widely-produced type of battleship in the Russian Navy was the Borodino-class, named for the Battle of Borodino. Five ships were built and entered service in 1904, only to be rushed to an early grave in the Russo-Japanese War. At the Battle of Tsushima, three were sunk and one was captured, renamed Iwami, and used for target practise. The fifth, Slava (“Glory”) went on to serve in World War I, when it was sunk at the Battle of Moon Sound by the dreadnought SMS König. The short, embarassing existence and strange hull design are the main reasons that noted naval historian Antony Preston considers this to be one of the worst batteship designs ever built. Then again, I suppose that’s to be expected when Russians attempt to copy the French.

Be the first to review “Borodino-class Battleship” Cancel reply