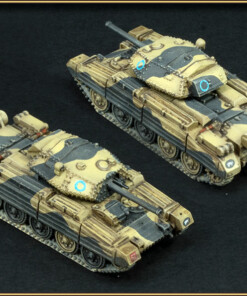 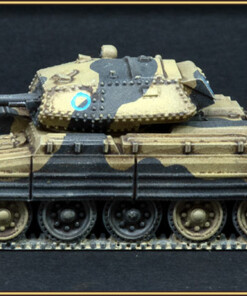 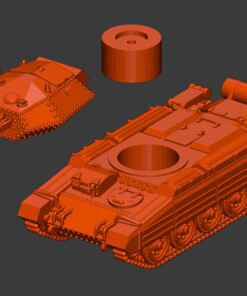 The A15 Crusader was the mainstay of British tank forces in North Africa until the appearance of the American M4 Sherman. It was fast, and it looked good, but it was plagued by chronic reliability problems, and its armour was unable to cope with the new German guns.

The Mk.III was armed with a 57mm 6 pounder, a huge improvement over the earlier 2 pdr with excellent anti-tank performance, able to cope with any enemy tank in the desert — in fact, it was a 6 pdr that claimed credit for the first Tiger I neutralized in North Africa. Its only failing was the lack of an effective HE round.

The turret and turret plug are separate parts. You can locate them together accurately by threading the plug on to a piece of wire (I use brazing rod), locating the rod in the hole in the bottom of the turret, and sliding the plug down the rod into place. Superglue gives a good, fast bond.

Report an abuse for product A15 Crusader III

Be the first to review “A15 Crusader III” Cancel reply