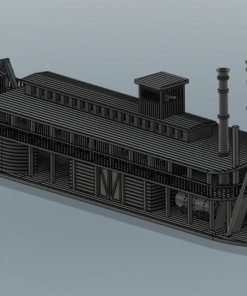 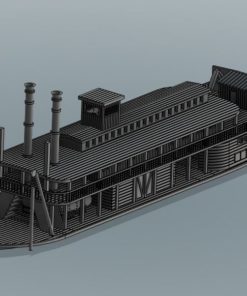 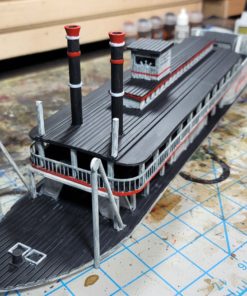 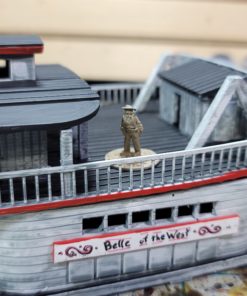 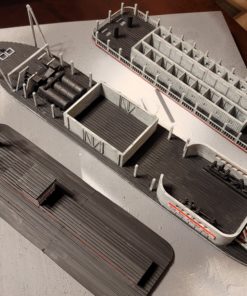 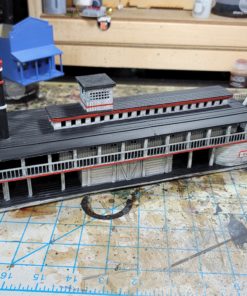 This is the big one! East Coast Ironclads turns one year old!

To commemorate this milestone a special boat was created that can be used in more ways than just on the river. ECI now has its first terrain piece in comparatively colossal 15mm scale in the form of the steamboat Bertrand! This piece comes out to a whopping 22 inches long with partial engine room, warehouse, and cabin interiors and removable decks to access them.

This ship is modeled in 15mm scale and is designed to be printed on a resin printer.

This model is very large in comparison to other ships of the time, the model in 15mm measures just over 20″ and is too large for conventional resin printers. The model has been cut up for printing on large format printers such as the Anycubic Photon X, Elegoo Saturn, etc.

Be the first to review “15mm Steamboat Bertrand” Cancel reply