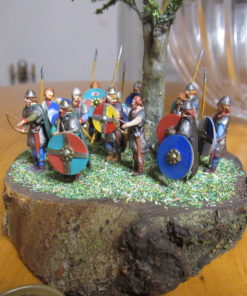 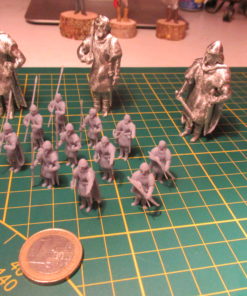 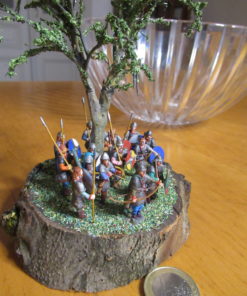 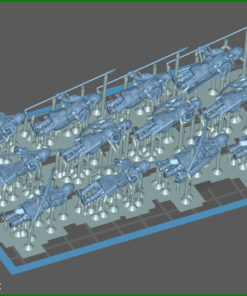 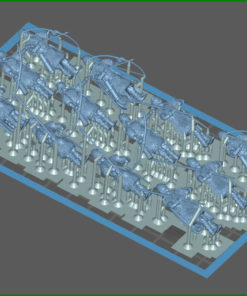 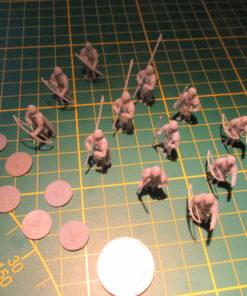 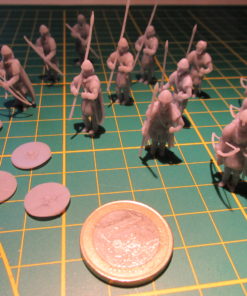 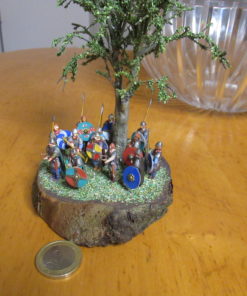 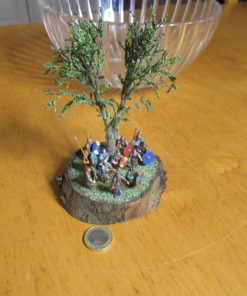 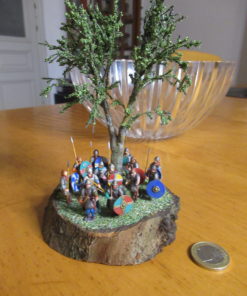 This is Set 2 of a series of Viking footmen in 1:72 scale, with four basic poses. Everyone comes in three versions – bareheaded, with helmet, or with helmet and additional cloak. I added some scatter items for scenery – five kinds of swords, three kinds of shields, a helmet and spear.

Report an abuse for product Viking Spearmen and Archers

Areas of interest are: late Roman Empire, Migrations after the collapse of the Western Empire (Langobards, Burgundians, Vandals, Goths, Huns etc), Viking age, Early Holy Roman Empire period up to and including crusades of all kinds. The figures will not just be warriors but ordinary people doing ordinary things such as farming or carpentry. Ships will not just be highly specialized warships but supply ships, etc.. Same for buildings and other structures.

Another area of interest are crews, cannon and other implements for warships from the age of sail. While they can be used to populate model ships, they can also become independent game markers for each piece of ordnance and its crew as used by a given nation during a given time-period.

Be the first to review “Viking Spearmen and Archers” Cancel reply