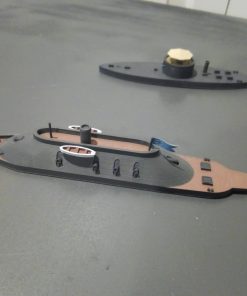 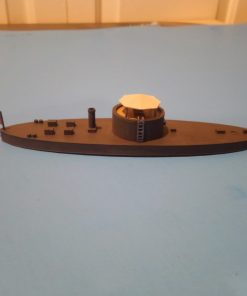 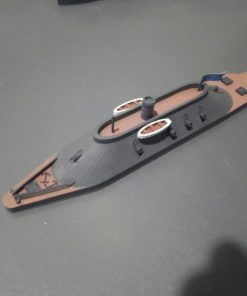 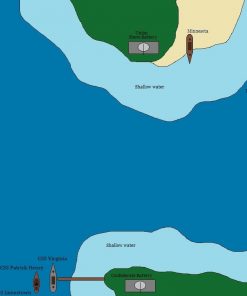 Report an abuse for product USS Monitor vs CSS Virginia

The Battle of Hampton Roads, also referred to as the Battle of the Monitor and Merrimack (or Virginia) or the Battle of Ironclads, was a famous and arguably most important naval battle of the American Civil War. It was fought over two days, March 8–9, 1862, in Hampton Roads, a roadstead in Virginia where the Elizabeth and Nansemond rivers meet the James River just before it enters Chesapeake Bay adjacent to the city of Norfolk. The battle was a part of the effort of the Confederacy to break the Union blockade, which had cut off Virginia’s largest cities and major industrial centers, Norfolk and Richmond, from international trade.[2][3]