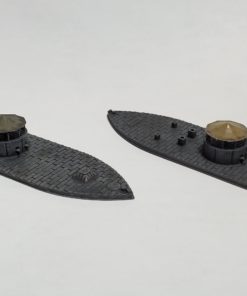 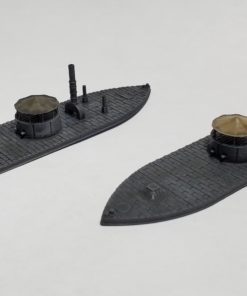 Another monitor for those mid/late-1862 actions. This is what it says on the tin, two variants of the famed Monitor. One depicting her post Hampton Roads modifications including the sloped armor around the pilothouse and taller ventilator/smoke stacks, and another depicting her with the tall smokestack that was installed for fateful her voyage to Beaufort, North Carolina.

USS Monitor Mid-1862 with base

USS Monitor Late-1862 with base

Be the first to review “USS Monitor – Late 1862” Cancel reply