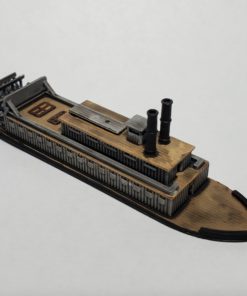 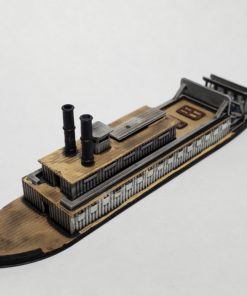 Report an abuse for product US Ram Mingo

Built in California, Pennsylvania, Mingo was yet another riverboat bought by Ellet for his ram fleet. She was converted into a ram and sent to serve on the mighty Mississippi River. She took part in all of the actions the fleet participated in and supported many of the efforts around Vicksburg. She would accidentally sink in November 1863 near Cape Girardeau, Missouri.

USS Mingo with base

Be the first to review “US Ram Mingo” Cancel reply