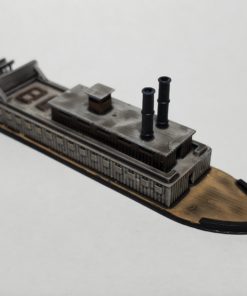 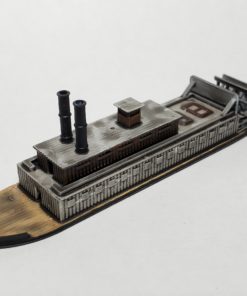 Report an abuse for product US Ram Lioness

Lioness was another civilian steamboat acquired by Charles Ellet for his ram fleet. After being fitted into a ram, she scouted the areas around Fort Pillow and took part in the Battle of Memphis with the other ships in the fleet. After the complete victory at Memphis, she supported an expedition up the Yazoo River. She would also support efforts around Vicksburg. Once the Confederate naval presence on the Mississippi was destroyed she was laid up until 1865 when she was sold back into civilian service.

USS Lioness with base

Be the first to review “US Ram Lioness” Cancel reply