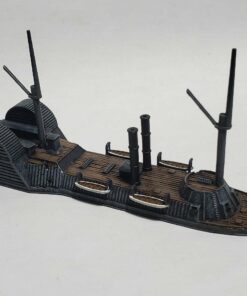 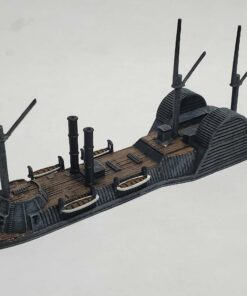 Originally built for merchant service in 1856, Choctaw was bought by the US Army in 1862 and converted to an ironclad ram. After her official comissinoing in 1863, she took part in several actions on the tributaries of the Mississippi RIver. Most of her time was spent on the Yazoo. Her corwning achievements were in 1864 when she took part in the many operations that were to lead to the capture of Fort DeRussy. She survived the war and was decomissioned in ALgiers, Louisiana in July 1865, at some point over the next 8 months, she was sent to New Orleans where she was sold, presumably for scrap, in 1866.

USS Choctaw with base

Be the first to review “USS Choctaw” Cancel reply