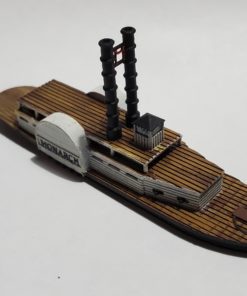 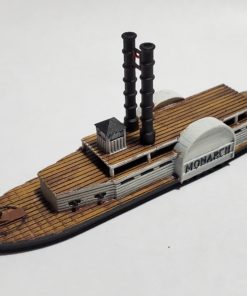 Another boat on the Missisippi!

Report an abuse for product US Ram Monarch

Monarch was built as a towboat in 1853. She sank in early 1861, but was refloated and continued operating. She was purchased by the army in 1862 and converted into a ram for Ellet’s ram fleet. She would fight with the rest of the fleet at Memphis, and destroy the River Defense Fleet. She then continued downriver to aide in the fighting around Vicksburg, mostly assisting in troop landing activities. She would continue to serve in these activities on and around the Mississippi until Vicksburg fell in mid-1863. With the city being captured and the Confederate presence on the river completely collapsing, the mission Monarch had been assigned was complete. She was laid up for the rest of the year, and stricken from the naval list in 1864, but was kept in relatively good order should she need to be reactivated. None of this mattered though, because she was sunk by ice in late-1864, refloated and sent for dismantling in mid-1865.

USS Monarch with base

Be the first to review “US Ram Monarch” Cancel reply 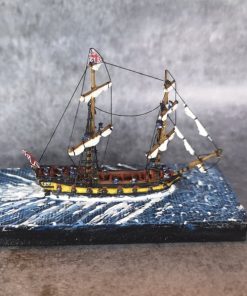 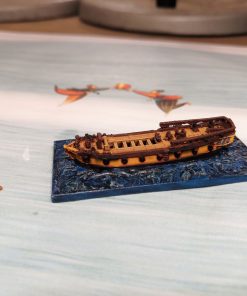