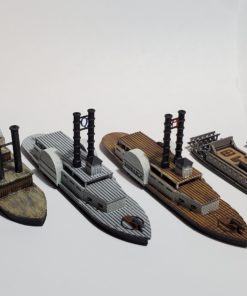 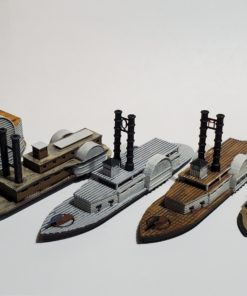 The other Mississippi Fleet

Report an abuse for product US Ram Fleet

What it says in the title, these are the boats that were purchased by Charles Ellet for his ram fleet fighting on the Mississippi River. Now the battles on the Mississippi can be recreated on the tabletop! Will the fleet succeed in destroying the Rebel fleet at Memphis? Will they survive their many runs past the guns at Vicksburg? Only the roll of the dice can tell!

Be the first to review “US Ram Fleet” Cancel reply