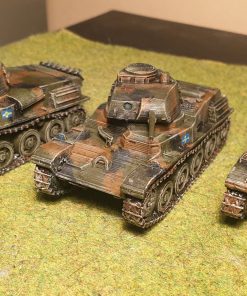 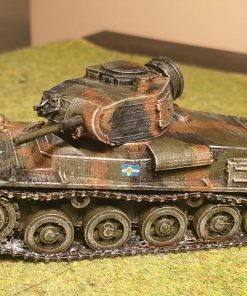 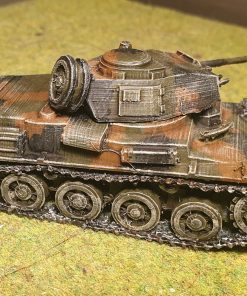 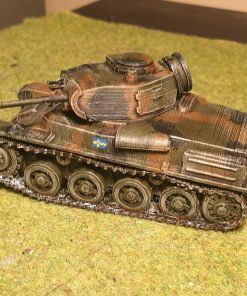 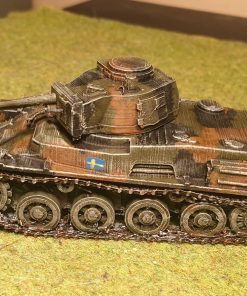 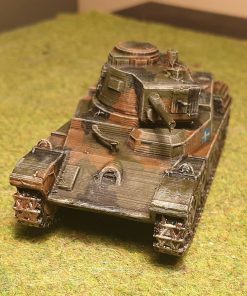 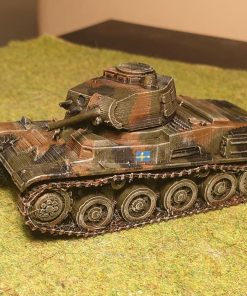 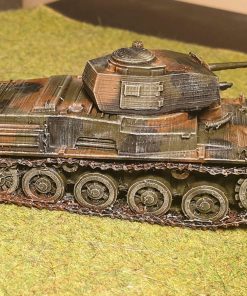 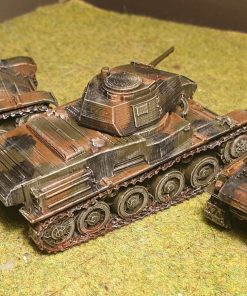 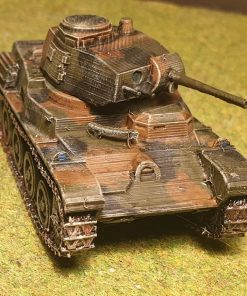 A pack of swedish tanks based on the same Landsverk L60 chassis. The L60 chassis was a inovative velded chassis constructed by the Landsverk company during the late part of the 1930s, and it was also used in the Hungarian Toldi. Scale 1/56.

A remix of Bergmans Toldi upscaled and given more details and turrets.

The Landsverk L60 was a very modern chassis when it was launched with velded, torsionbars and periscopes. Sold and used by Ireland, Hungary and Sweden during the war, later used by the dominican republic.

In this pack its the Swedish versions, including the Strv m/40K that had thicker armour, all had the 37mm Bofors antitank gun.

For use with Bolt Action its a light tank, with 1 light ATG and 2 coaxial machineguns. 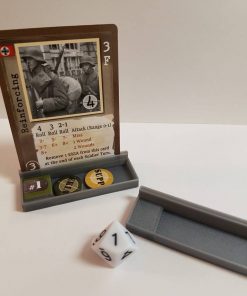