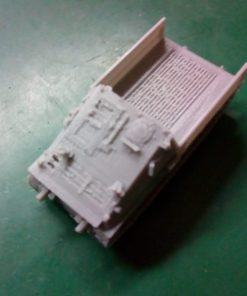 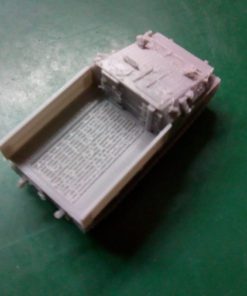 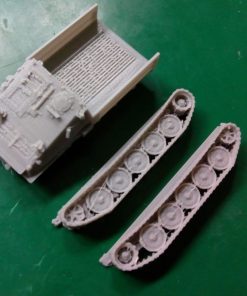 The Alvis Streaker (http://www.military-vehicle-photos.com/picture/number10974.asp) is a member of the Scorpion lightweight AFV family. It was developed to provide a protected load carrier, perhaps to replace the Alvis Stalwart load carrier in front-line units. It was only used by the British Army for trials, and was not taken further, its potential roles being undertaken by variants of the 6-wheeled stretched version Stormer chassis (shortly available as a model on this site). However, it is an interesting vehicle, and would add capability to reconnaissance units in modern model armies.

The chassis was adapted to carry a variety of loads, such as a lightweight rocket system, e.g. https://picclick.co.uk/Alvis-Streaker-Light-Artillery-Rocket-Launcher-Sales-Sheet-111913117072.html, a towing vehicle for the 105mm light gun (model already available on this site), minelayer and trench digger. This flexibility lends itself to the generation of unique models to provide new capabilities in miniature wargames.

The model is provided as a basic hull and the two track assemblies. The latter are quite detailed, and care needs to be taken in removing supports after printing, but a very attractive model can result.

Be the first to review “Streaker load carrier” Cancel reply