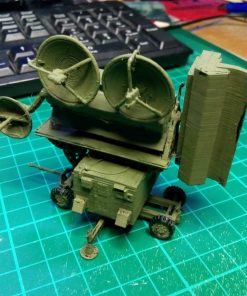 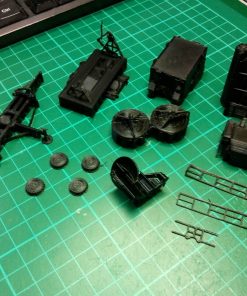 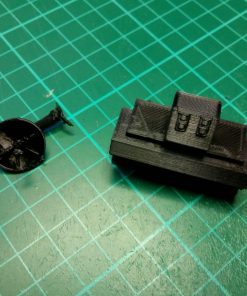 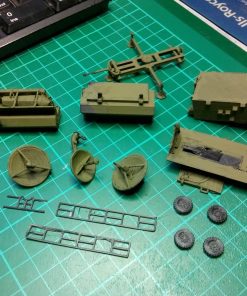 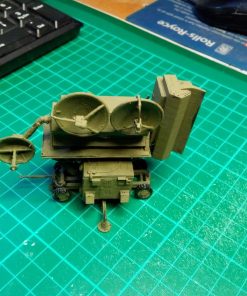 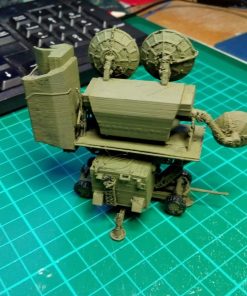 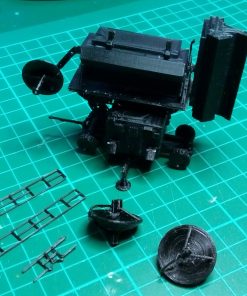 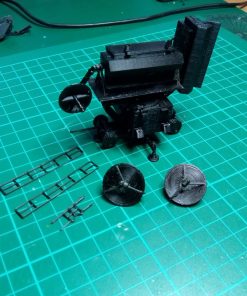 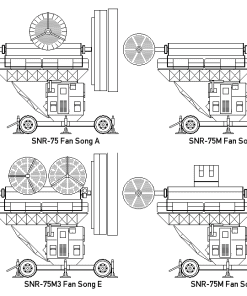 The SNR-75 Fan Song family of radars was employed to provide target fine tracking and command link guidance for the S-75 / SA-2 Guideline SAM. The radar had a complex series of antenna and radar beams for both coarse and fine tracking of the target and the command-guided missile. A good description and range of photographs are available at https://www.ausairpower.net/APA-SNR-75-Fan-Song.html and the SAM-2 system is more fully described at https://www.ausairpower.net/APA-S-75-Volkhov.html.

The missile was the first AA missile to be used operationally in significant numbers, being deployed by North Vietnam in the Vietnamese War. An effective system, it evolved as countermeasures were developed, and it continues to be used in some countries today, often with much improved radars and electronics.

This model permits the printing of any of the four main variants (NATO Fan Song A, B, E and F) of the engagement radar, by providing alternative parts for the top radars and command guidance antenna. These parts are labelled by the NATO radar suffix letter). The same carriage, cabin and lattice elements can be used for all. Future offerings will make available the control cabins (2) and power trailer (also normally 2), together with missiles, launchers, transporter/loaders and surveillance radars to permit the modelling of the complete system.

Printing and assembly of the parts should be relatively straightforward, but some care needs to be taken in removing supports. The main lattice assembly should be printed with minimal supports (perhaps from the base only), as the lattice is sufficiently fine to support horizontal elements in general. Location of the various radar antenna requires some care in angular positioning, but should not prove too difficult. It is a satisfying and unusual model, and forms part of a larger offering to depict the overall SAM-2 system.

The picture illustrating the different versions of this radar is taken from the ausairpower web site, with grateful thanks.

The zip file has been updated on 28th April 2020 to correct a missing antenna.