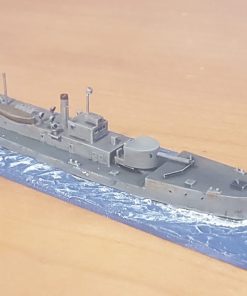 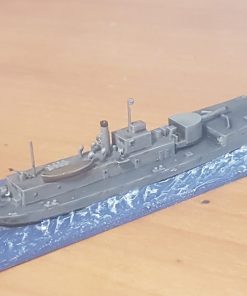 The M15 class were a series of fourteen monitors carrying 9.2″ guns. They served with the Dover Patrol, in the Mediterranean and in Russia during the civil war

A small but growing collection of naval miniatures in 1/600, mostly featuring coastal forces subjects from WW1 and WW2, so ideal for use with rules such as Narrow Seas, Action Stations and, if resized to 1/300, Cruel Seas.Also a small but growing selection of 1/600 American Civil War steamers, and odd models of unusual things that take my fancy