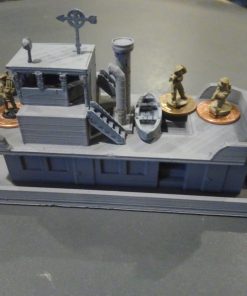 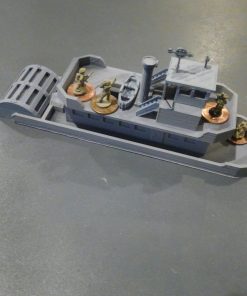 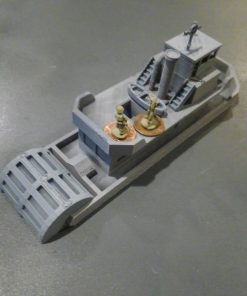 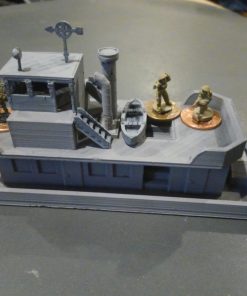 Royal Navy (RN) gunboats, numbering on average 15 a year in Chinese waters, served as “station ships”, assigned to specific ports, and were designed for river functions. The RN maintained patrols and escorts up and down the Yangtze based in Shanghai until the end of the International Concessions in 1941. These boats were part of the Navy’s China Station and vessels of various classes were deployed and often moved to and from other major world rivers. The Navy had built a large number of gunboats for the Crimean war in the 1850s and several of these found their way to the China Station afterwards. As these boats were scrapped they were replaced by types purpose built for inshore and river service around the world, Beacon– and later Frolic-class boats.

U.S. Navy craft were of varying age, design, size, and utility. The earliest craft made brief excursions upriver between 1861 and 1901, but were rarely assigned on permanent patrol. In 1901 two large gunboats, USS Helena (1290 tons and crew of 170) and Wilmington (1570 tons and 212), were assigned to the Asiatic Squadron‘s “Second Division” as permanent river patrol, although too large to patrol deep inland, until 1932 and 1923 respectively. In 1903 converted gunboats of the Spanish Navy captured in 1898, began patrols designed to take them further upriver toward Chungking. USS Elcano, a 620-ton craft with a crew of 103, and USS Villalobos, a 350-ton ship with 50 men, served until 1928, when they were decommissioned and sunk. USS Callao (240 tons) and Quiros (sister ship to Villalobos) served until 1916 and 1923.

Be the first to review “River Gunboat” Cancel reply