Skip to content
View cart “T-14 IJN MTB” has been added to your cart.
Filter 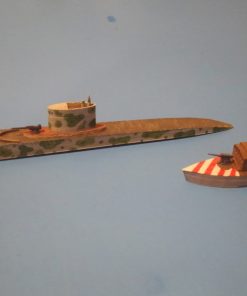 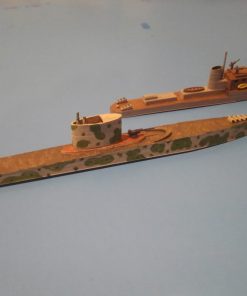 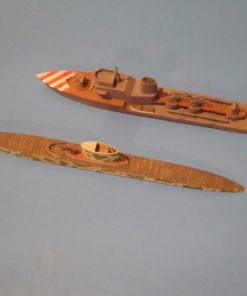 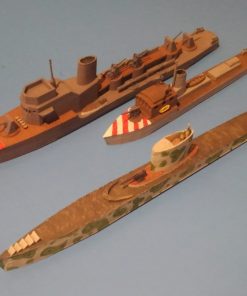 The Marconi class was a class of six submarines built for the Royal Italian Navy (Italian: Regia Marina). The submarines were all launched between 1939 and 1940, and all but one, Luigi Torelli, were lost in the Atlantic during the Second World War.

Leonardo da Vinci (pennant number LV)[1] was launched 16 September 1939. da Vinci sailed on 22 September 1940 and passed the Strait of Gibraltar on 27 September for an Atlantic patrol to Bordeaux on 31 October. After unsuccessful patrols from 21 December to 20 January 1941 and from 4 April to 4 May, da Vinci sank one ship on its third BETASOM patrol. After another unsuccessful patrol from 15 August to 24 September, da Vinci sank two ships during Operation Neuland and four ships on the following patrol. After being modified to carry a midget submarine, da Vinci sailed without the midget submarine and sank four ships. Sailing again without the midget submarine, da Vinci sank six ships on its last patrol. While attempting to return to Bordeaux, da Vinci was sunk on 23 May 1943 by the escorts of convoy KMF 15. There were no survivors. Leonardo da Vinci became the top scoring non-German submarine of the entire war.[3][4][5]