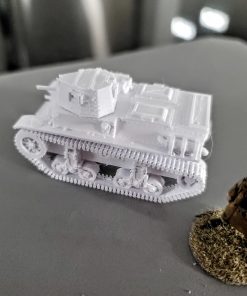 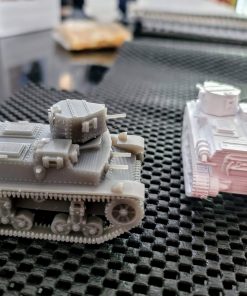 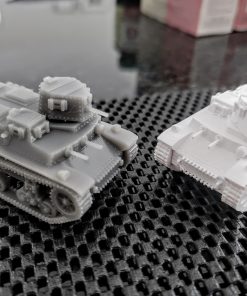 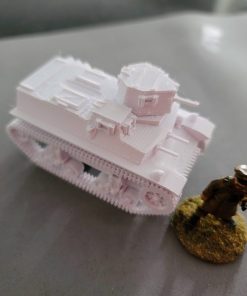 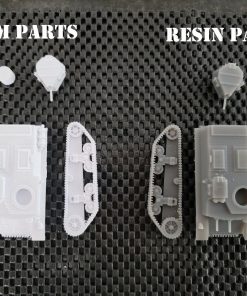 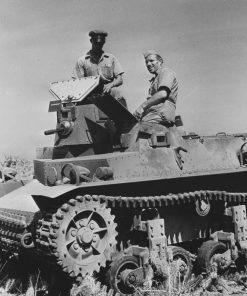 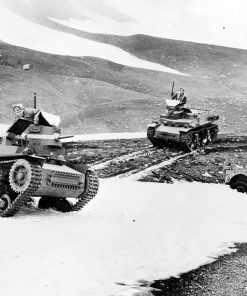 The post World War 1period saw the funding tap for military spending turned off in most nations. In the U.S. this was doubly so, but innovative entrepreneurs brought forth intriguing AFV designs none the less – witness the eccentricities of designs by the likes of Walter Christie and Frank Sutton.

The Marmon Herrington company explored AFV development as well, and dabbled in amphibious tanks for the USMC, as well as an expansive line of machine gun carriers and light tanks. These cumulated in the CTLS series of light tanks. These The five-ton tanks had some oddities – the turret didn’t rotate a full 360 degrees, instead only 240 degrees. To ensure a full coverage of the battlefield, the had the CTLS had mirror image versions – the CTLS-4 TAC with the turret on the driver’s left, and the CTLS-4 TAY with the turret on the drivers’ right. This model represents the CTLS TAC.

The CTLS series entered production in 1940 and some 875 models produced. It saw service with American, Dutch and Australian forces. The USMC employed them in the 1942 Aleutian Island campaign. The Dutch KNIL made a large order but only a limited number were received prior to the Japanese invasion. There they fought with the KNIL, and after the Japanese conquest, the Japanese used captured models. Following the re-occupation of the East Indies in 1945, the CTLS was again used in combat during the Indonesian War of Independence. CTLS tanks, purchased by the Dutch but undelivered, were diverted to Australian where they were used in training.

This .stl pack includes file for both FDM and resin printing.

The FDM .stls should be printed at a fine setting with full supports.

The resin .stls include the basic .stls plus pre-supported files.